AlJazeera has built several long-form storytelling projects that have infused investigative journalism with digital technology and allowed users to experience stories in engaging ways. See The War Across the River about refugees from the Central African Republic, or Freedom Denied, an interactive exploration of what happens to some Palestinians after they’re arrested by the Israeli military. Palestine Remix, one of the largest interactives produced by AlJazeera, allows users to create their own narrative by re-editing footage from 17 different films about Palestine.


How does AlJazeera plan and design these interactive storytelling projects? AlJazeera‘s Konstantinos Antonopoulos, a senior interactive designer, and Mohammed Haddad, a data journalist, gave a presentation this week on their editorial and design process during the AlJazeera Forum in Doha, Qatar. Antonopoulos provided Storybench with the slides from the presentation and shared some wisdom about building immersive digital storytelling.

The story is the foundation. Flexibility lies in the narrative.

The story is the foundation to interactive storytelling. There are strict rules to the reporting and news gathering for the story. Distribution, the launch and the publicity that follows, has its own strict set of rules, too. What’s flexible, says Antonopoulos, is the narrative: “This is a space to infuse technology, use good visuals, and transform the story into an experience.”

Antonopoulos makes sure every story has a universal idea from which everything sprouts. A universal idea could be, for example, the struggles facing refugees fleeing a war-torn country or the shady energy deals struck up by Egypt and Israel. Next comes the set up of the plot and characters to draw in the audience. This means describing the people, the setting, the time, and the state of mind of the characters when we meet them. In essence, he says, we’re establishing the answer to the audience’s “why do we care?” question.

To move the story forward, make sure to weave in the action, the conflicts and the events, as part of the narrative movement he advises.

The climax is the moment the universal idea makes sense to the reader says Antonopoulos. The post-climax involves letting the readers know how the characters have changed and where they will go next and is how the story begins to resolve. Finally, user engagement is tracked with analytics. 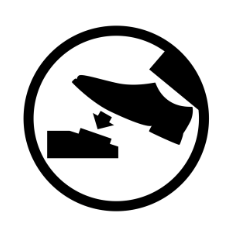 The designer, on the other hand, has control of the steering wheel of the overall interactive experience. But the designer can control the rhythm of the experience and even where the user’s eyes will look.  “As a news designer, I need to make that happen by designing a real good user interface,” he said.

Before every digital storytelling project, AlJazeera’s interactive team starts organizing and preparing the journalists for deployment for reporting and shooting. This discussion, and the storyboarding of the project, is integral to a successful, coherent storytelling project. “We lay down what we expect for the story.”

Once the reporters and footage comes back to the interactive team, the process of structuring, designing and producing the interactive story starts. Event management is a phrase Antonopoulos uses to describe “everything that helps the action move.”

The final step in the process is to hand off the interactive project to the newsroom. There, a separate team launches a social media campaign and finds other ways to promote and sustain the story.

Restraint in the newsroom. Just because you can, doesn’t mean you should

Storybench asked Antonopoulos to comment on restraint in the use of digital tools. Here’s what he told us:

“With a whole arsenal of digital tools available, it is extremely easy to get carried away. I am all for discipline to what will tell the story in a simple, clear, elegant way; finding the tools that work best to bring the storyboard to life the best way possible. It is a decision taken at the storyboarding phase and everything production- and design-wise is tied to that.

“[inlinetweet prefix=”” tweeter=”” suffix=”says @konstantinosant”]The interactive layer is not supposed to steal the show from the story itself[/inlinetweet], it is supposed to help it move forward, while opening up options for in-depth material in the background without cluttering the user experience.

“Also, fancy tools, anything exotic and out of the ordinary, usually carry a huge price: the need to train users on how to follow the narrative. [inlinetweet prefix=”” tweeter=”” suffix=”says @konstantinosant “]You do not want readers to spend a long time learning how to use the interactive[/inlinetweet], you risk frustrating them and driving them away.”