Less obsession with Trump. Less scandal coverage. More focus on policy specifics. Deeper coverage of underdog candidates. Those are the main trends that we noticed after analyzing over 50 articles from local news outlets in New Hampshire and Iowa, the states that will be the first two to hold primary elections in 2020.

But they could just as easily serve as a wishlist for what we want the national media to do better in their election coverage.

Thus far, the Storybench 2020 Election Coverage Tracker has focused on major media outlets, analyzing trends and identifying biases. But for this update, we decided to take a break from the national scene and dig into local journalism on the front lines of the campaign trail.

We have broken our findings into several sections below. But before proceeding, an obligatory warning: With only 54 articles, our local news dataset is too small to draw certain conclusions from. It’s more of a sample than an authoritative database. While valuable to identify, the trends discussed here are far from conclusive. We look forward to expanding our dataset.

Getting into the nitty gritty

A presidential candidate’s policy platform can seem abstract in these early stages of the race. At this point, much of the polling is driven by name recognition, and with so many candidates to parse, it can be hard to tell how candidates actually plan to turn their proposals into reality.

In Iowa and New Hampshire, though, candidates need to appeal to voters who have specific problems. That could explain why we saw more coverage of candidates getting into the nitty gritty of their policy stances. In Iowa, for instance, Amy Klobuchar discussed the importance of rural broadband connection and Elizabeth Warren vowed to fight agri-business mergers and consolidation. In New Hampshire, Cory Booker talked about water contamination, a concerning issue many residents of the Granite State.

This policy focus bore out in our data analysis, too. After pulling out the 50 most-used words in our national dataset and local dataset, seven of the local outlets’ most-used words were related to policy, while the national list only contained three related terms.

Local outlets also seem to be emphasizing one issue in particular more than their national counterparts: climate change. “Climate” comes in as the 22nd most used word in our local dataset, yet does not crack the top 50 for the national outlets. Some have chastised the national media in the past for not focusing enough on climate change, so it’s worth keeping an eye on.

(Slightly) less of a Trump obsession

Referring back to our lists of most-used words among national and local outlets, another difference emerges: Local reporters seem somewhat less concerned with Trump, at least in terms of his relation to the Democratic candidates.

Among national outlets, “Trump” is the single most-used term in all the articles we have compiled. For the local articles, “Trump” clocks in as the sixth most-used term. Still high, but POTUS is clearly not quite as much of a priority.

This can be explained pretty easily. National outlets are, obviously, working on a national scale, and Trump, for better or worse, dominates the national political scene. Major publications sort of have to bring him up, since he is the central figure in American politics. By working on a smaller scale, local outlets are a little more free to root their discussion in community matters.

But by mentioning Trump more than anything or anyone else, it could be argued that national outlets are shifting the focus away from more important discussions. It is true, of course, that whoever the Democrats choose in the primaries will need to square off with him in 2020. That candidate should theoretically be chosen by the strength of their message and platform, though. By centering Trump so early in the campaign coverage cycle, outlets may be skipping an important step in this whole process.

Candidates like Andrew Yang and John Delaney are often portrayed as a tier below the rest of the field in national coverage. Local outlets generally don’t seem to adopt that attitude. After all, any presidential candidate campaign stop is news to a local paper, no matter how they’re polling.

With his vow to pay each American a universal monthly basic income of $1,000, Yang has certainly managed to grab some national headlines, but local outlets have been able to get a closer look. New Hampshire Public Radio, for instance, published a story on a “test family” that was chosen by Yang to receive a $1,000 monthly check for a full year, turning an abstract campaign promise into something tangible.

In a Portsmouth Herald piece, the reporter thoroughly outlined Yang’s justification for a universal basic income at a level mostly unseen in national coverage.

Yang might not be a serious contender for 2020, but at least local outlets are giving him the chance to prove his mettle.

Even someone like Marianne Williamson, the best-selling author and (probably) the most unlikely candidate of the bunch, receives coverage from local media. Of course, the horse race is still a factor for local media, but it seems that they might be more willing to consider all contestants.

In our previous updates we made note of how women were having trouble with media outlets homing in on their scandals. Warren and Klobuchar in particular have had numerous national articles repeatedly mention the DNA test and comb incidents.

Luckily for them, it seems that local outlets care less about those matters. Below is a list of the unique words associated with Warren in our local articles database:

Not a “Pocahontas” or “dna” to be found!

“Boss,” “comb,” “salad,” and “binder” all made her national unique words list, yet none of them pop up here. The New York Times published an article a couple months ago that outlined the discrepancy between national media narratives and what voters actually care about, and this could very well be a manifestation of that same trend. Local outlets might not cover these scandals as heavily simply because they don’t seem to matter that much to local voters. 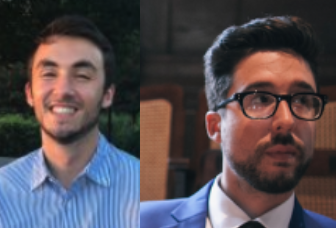