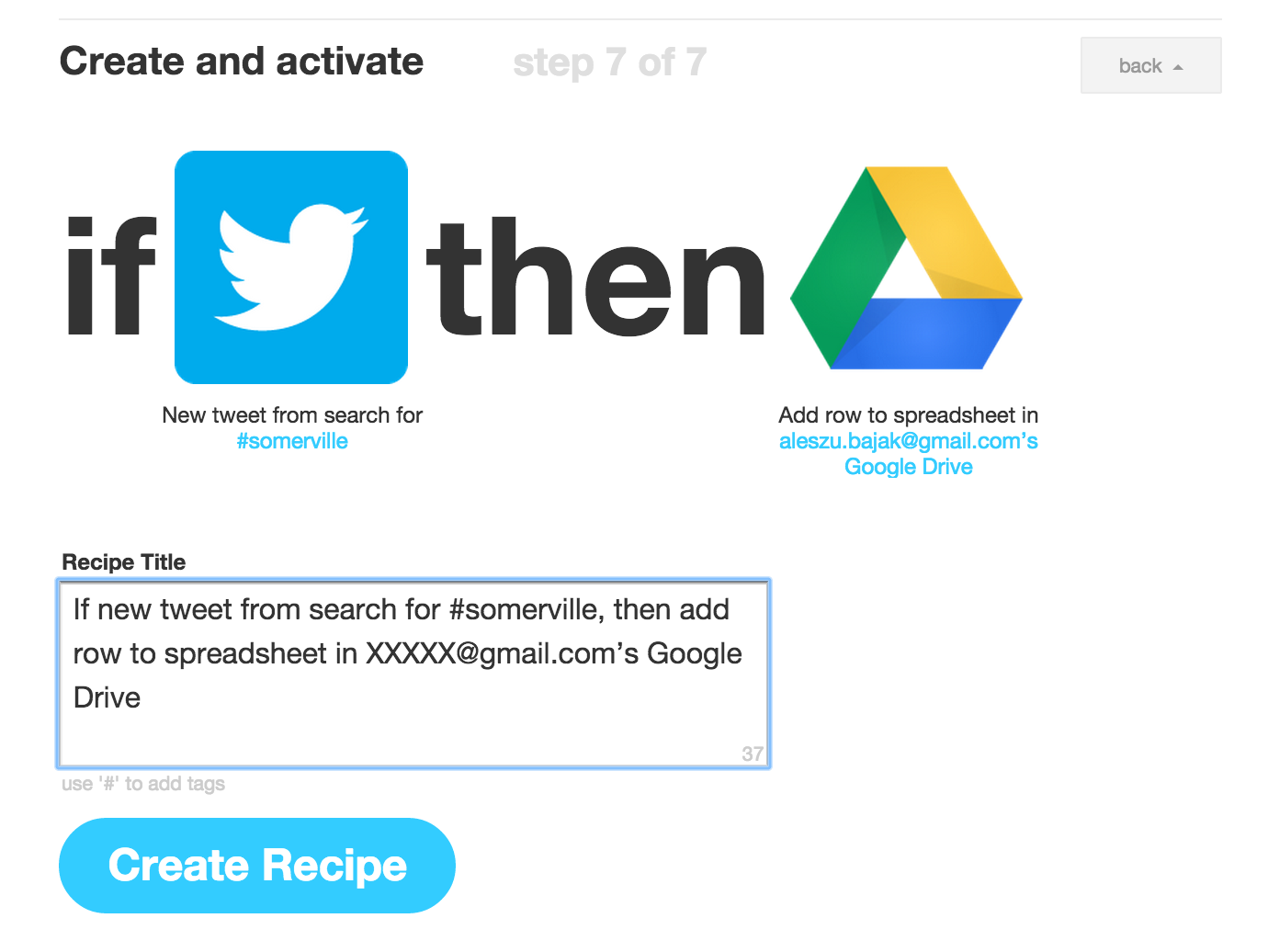 ‘Put the Internet to work for you’ is the tagline for IFTTT.com, also known as ‘If this then that.’ IFTTT automates tasks between apps that would otherwise be very time-consuming. In programming jargon IFTTT is what’s known as a macro which makes a defined sequence of instructions into a single program statement.

Why is IFTTT useful to a journalist, researcher or anyone on the Internet? Say you want to search for a certain hashtag on Twitter and save those tweets into a Google spreadsheet. That recipe, as IFTTT calls them, is covered in this tutorial.

Other useful IFTTT recipes: Save iOS photos to Dropbox, Save Feedly articles to Evernote, Save Twitter favorites to Pocket, Add a Google spreadsheet row when you text yourself, Backup contacts to spreadsheet, Text me when a large earthquake happens. NPR’s social media desk uses IFTTT to gather information about people who tweet about NPR when they mention ‘heard on NPR,’ or during pledge drives and at live events. Journalism.co.uk has a list of 10 IFTTT recipes for journalists.

Here’s a quick How To on using IFTTT to store hashtagged tweets in a Google spreadsheet.

Look for the hashtag that you want to search for. Enter it and click Create Trigger.

Next, we need to hook up the second app that IFTTT will use with the information it has collected from Twitter.

Search for drive and click the Google Drive icon.

Choose the ‘Add row to spreadsheet‘ option. You’ll be able to name a new spreadsheet soon. IFTTT will create the spreadsheet so no need to go into your own Google Drive. You will, however, have to log into your Google account to allow access to IFTTT.

In Action Fields, you can rename the spreadsheet and add more ingredients (columns) to your spreadsheet. I suggest adding them all because you might need that Tweet meta data later on. Hit Create Action. 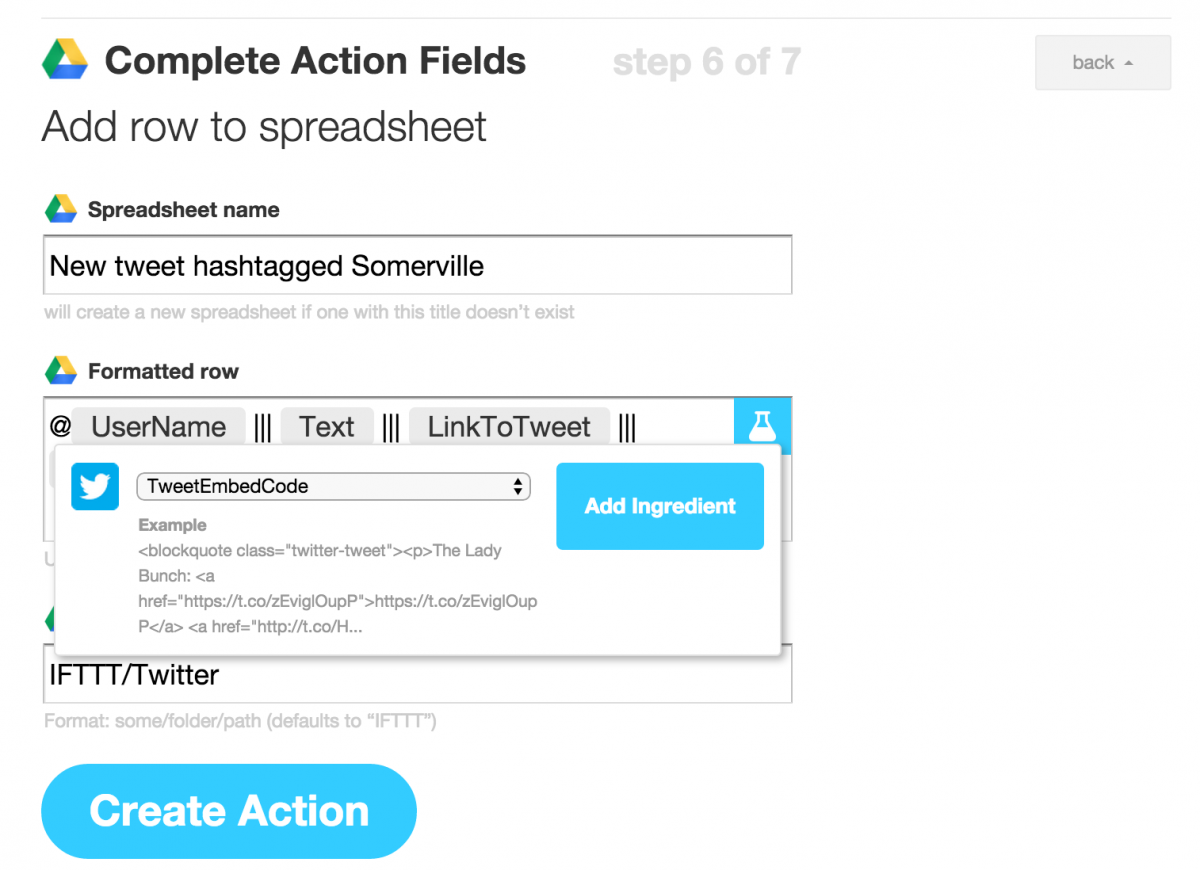 Give your recipe a descriptive name and hit Create Recipe. 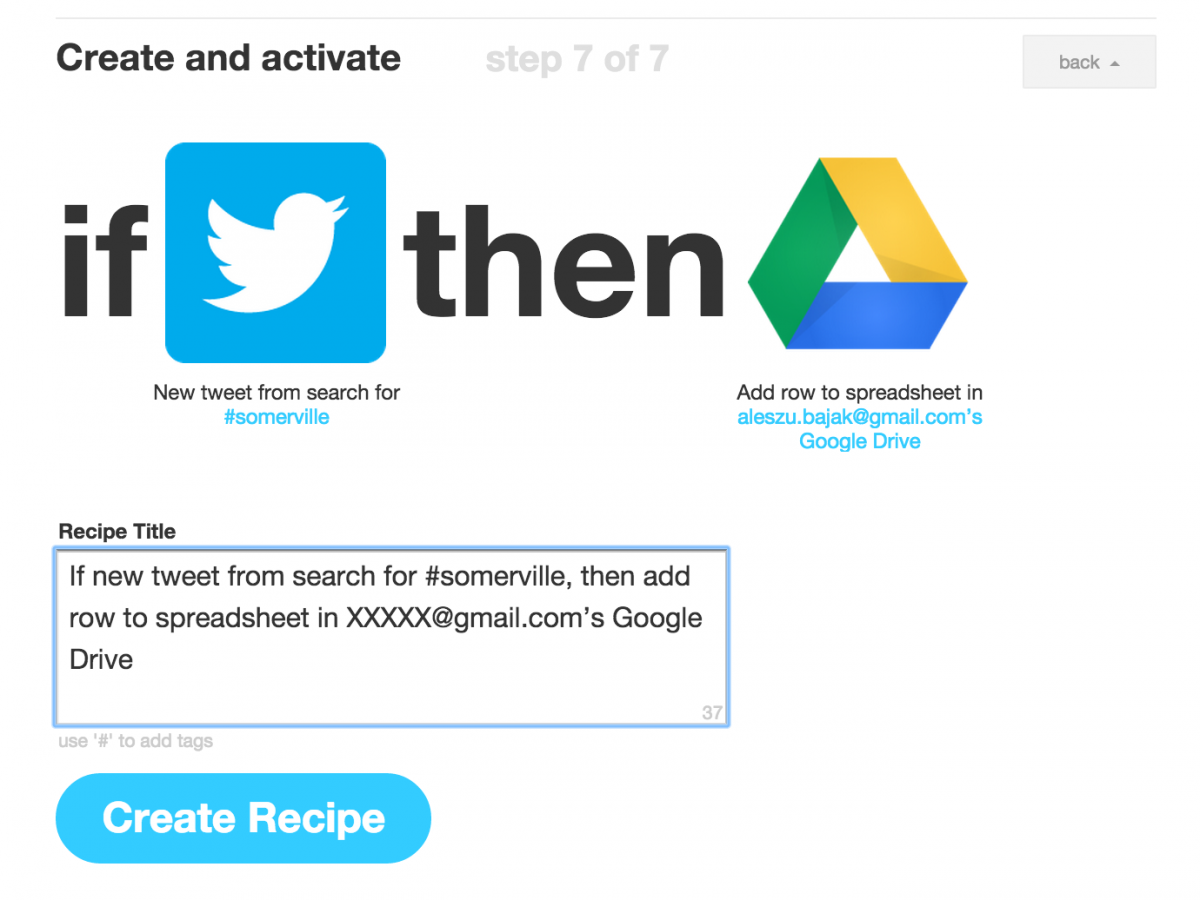 Voilá, your recipe is activated. Check your Google spreadsheet for added tweets.

Turn your recipe off and on from your IFTTT dashboard. 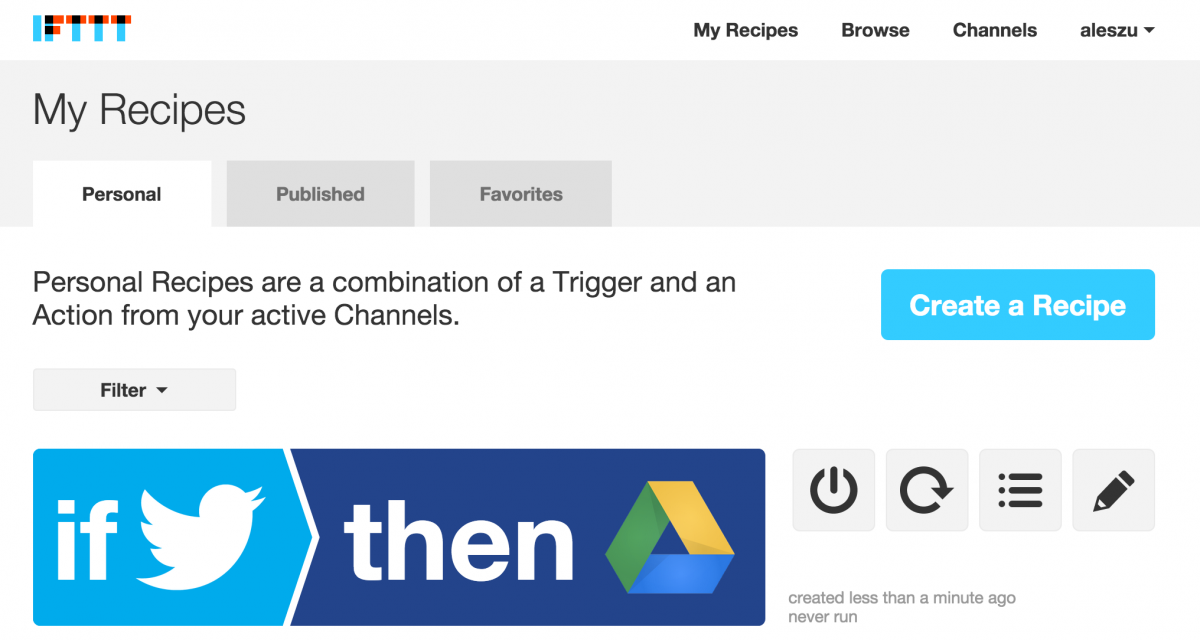 I use IFTTT to harvest all kinds of information from Reddit, Instagram, and Twitter. Cleaning the data is a whole other beast. More on that in another How To.