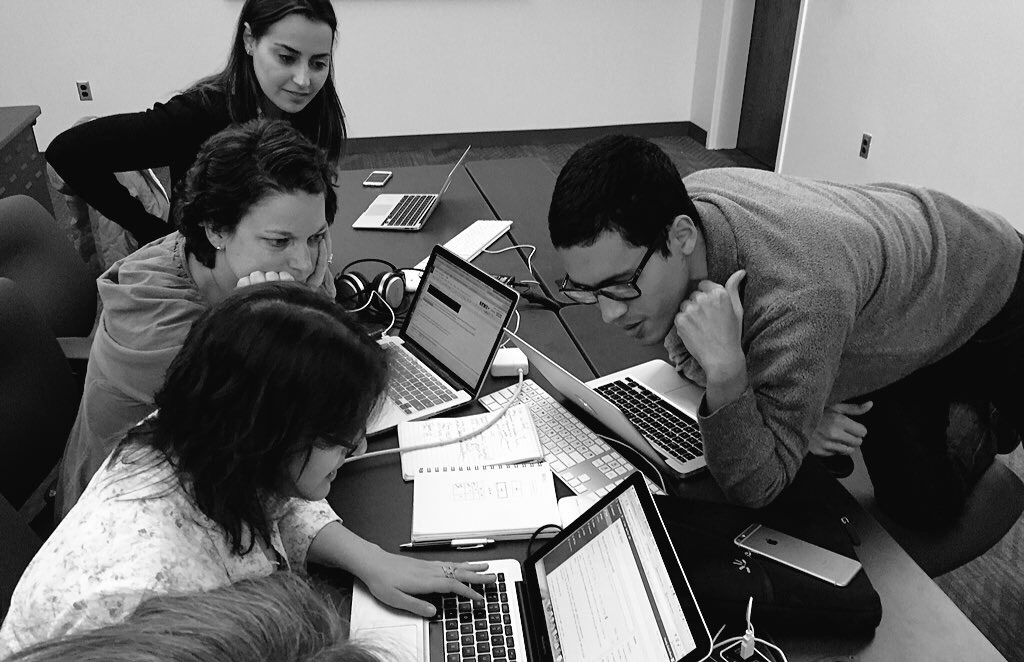 You are part of a nimble graphics team in a digital newsroom publishing on a CMS eerily similar to WordPress. Your audience is made up of tech-savvy, graphics-loving 25 to 45-year-olds in major U.S. cities. They’re mostly on their phones. It’s Wednesday night and your editor wants to publish a lighthearted story late tonight that includes a graphic element. And by graphic element she doesn’t mean a stock photo. She wants something branded, something new. It could be a couple bar charts, a simple map, a word cloud, a Storify, or a before-and-after slider image. It’s up to your team and what you think would best complement the story. You have 45 minutes before happy hour. And you want to make happy hour. Your office crush is there.

The teams quickly decided which stories they would work on. Two teams chose the Back to the Future story that was at the time monopolizing headlines while the third team tackled the scandal over basketball player Lamar Odom photographed at a Nevada brothel.

To quote one of our students, “I thought the workshop was very beneficial, especially having our group work under pressure. because it allows us to put some of those data tools into action. After weeks of mostly just hearing about all the tools it was nice to actually utilize them.”

Here’s what they built.

Graphic elements: 1) a pie chart showing the accuracy of the Back to the Future II movie predictions about technology and society. 2) a list of each prediction, with stills from the movie, with an explanation of how accurate each was. 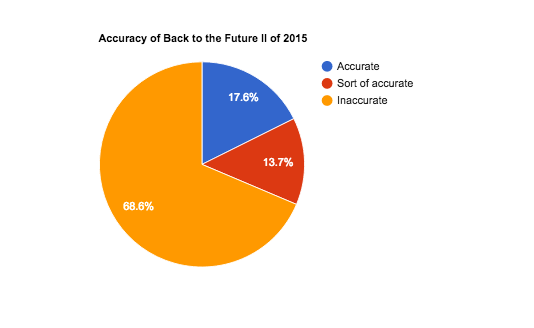 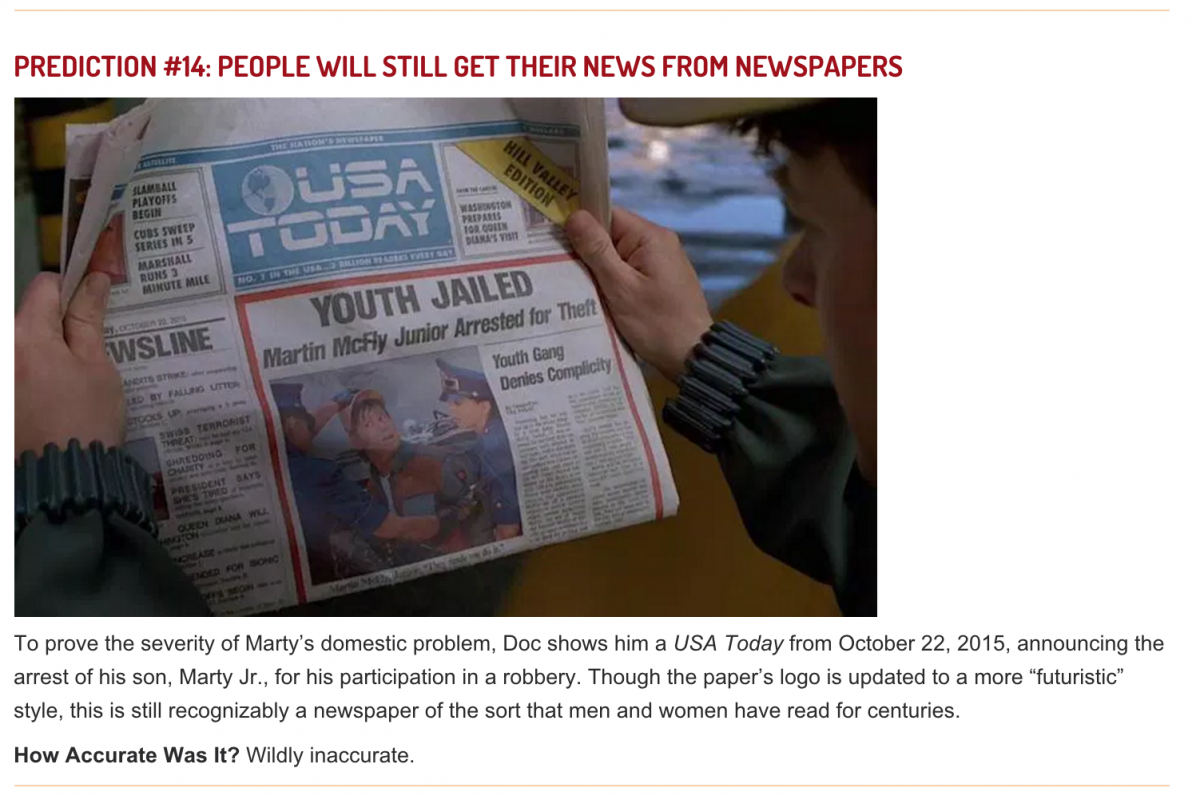 Story: Would McFly be disappointed? You decide

Graphic elements: 1) Several sliders pairing movie stills with modern day technology. 2) A table listing the Back to the Future predictions.

Story: Spending your cash on hookers, hooters and hash

Graphic elements: 1) Several sliders pairing photos of Lamar Odom before and after the scandal.. 2) A map showing the location of each basketball team Odom has played for as well as the location of the Nevada brothel.

Team three enjoyed being able to customize the markers used in their Google Map to reflect the logos of the basketball teams. All the teams liked the simplicity of the JuxtaposeJS tool. We look forward to running a similar simulation with more advanced tools. Stay tuned!