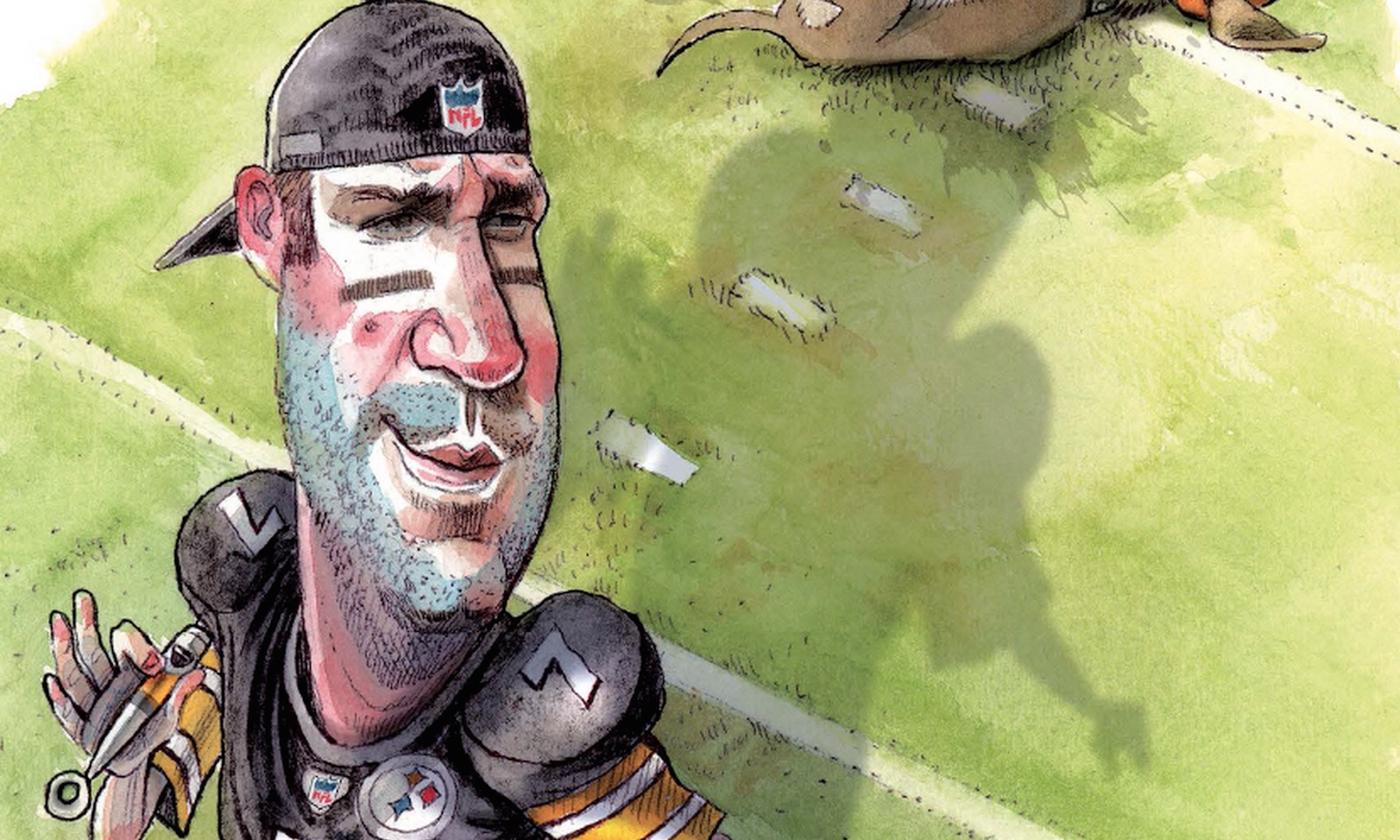 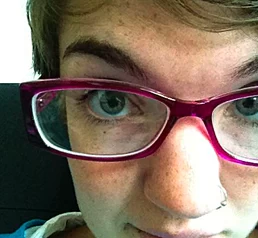 Andrea Zagata is lead sports designer at the Cleveland Plain Dealer, the Ohio newspaper that keeps a strong digital presence perhaps especially because it is only delivered to homes four days a week. Its news design is so inventive that it recently won 94 awards from the Society for News Design’s Best of News Design competition. Zagata gave Storybench a behind the scenes look at how sports design is done at the Plain Dealer and explained how a surfeit of digital stories makes her job in the print section easier.

How has the Plain Dealer’s move to digital affected your job?

I think we’ve adjusted nicely to the new production model. The reporters are publishing everyday and I get my pick of what to run in print. Because the writers are constantly producing, we get a lot of content to choose from to fill up the paper section. 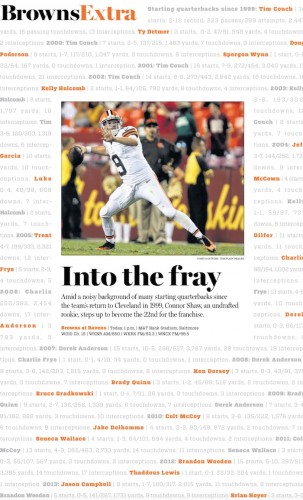 Tell us about producing for a local audience.

We’re aimed at Cleveland readers, of course. We run more local copy than other places I have worked. I think there is a sense that people are going to find the national stuff other places. But they’re gonna come to us for the latest local story.

The sports section seems like an obvious place to invest resources if you’re trying to foster a loyal local audience.

The sports coverage is super important for local readers. We have a LeBron beat because people want to read about LeBron. LeBron as a person. LeBron as an entrepreneur. That’s a cool thing to have. We have an eight-page NFL section every Monday during football season with stats, box scores and comments pulled from Cleveland.com and Twitter to run along the bottom of the page.

Take us through your typical week, say, during football season.

Our Browns coverage is a four page preview every week for the game. I have planning days on Wednesday and Friday. On Wednesday I’m emailing everyone—sports editors and writers—about what their plan is for the weekend. Wednesday we have a graphics meeting to brainstorm illustrations. Thursday we chip away at those illustrations. For Sunday sports coverage, I design a cover, the two inside pages are filled with whatever comes in on Friday and Saturday, and the back page is BrownsTown, a comic strip by Chris Morris. 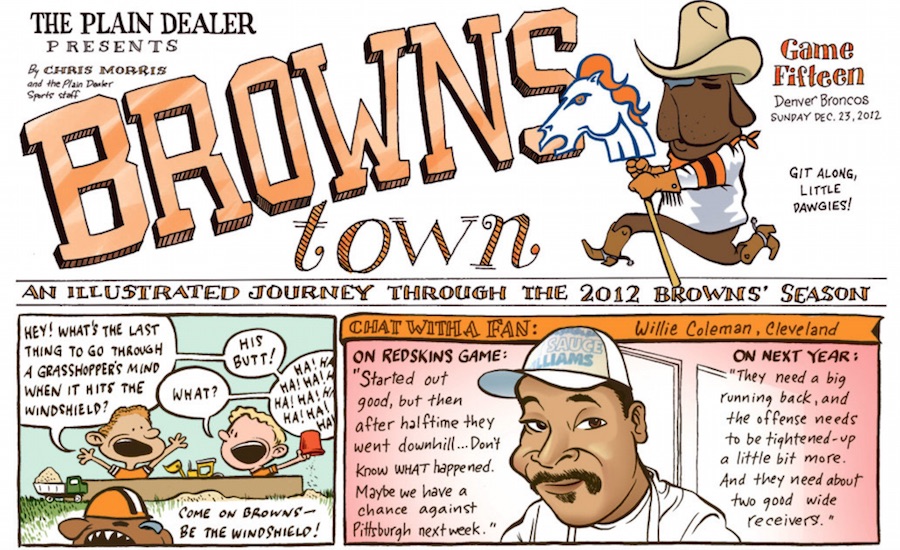 What are some of the challenges to this schedule?

Working in advance to illustrate stories we don’t have yet. We like to do stuff that is fun and fits with the game no matter what. For example, an illustration of [Pittsburgh Steelers quarterback Ben] Roethlisberger with a dog whistle and a little dog behind him. Or if we know [Browns quarterback] Johnny Manziel is going to start, then we run an illustration of Manziel that could almost go with any story we get. It’s a challenge but it’s a fun. 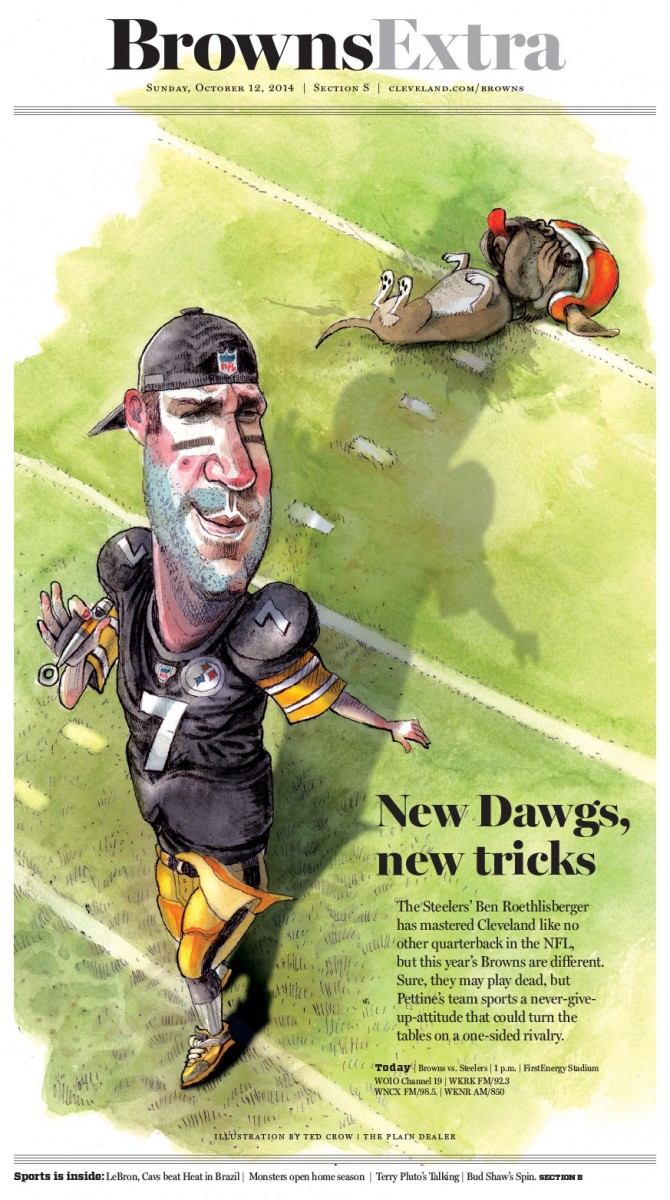 Sports are rife with stats. Tell us about your workflow and tools you use to create visualizations.

Last February, for example, I did a big page on the Cavaliers’ streak. Using ESPN box scores, I pulled, by hand, points, rebounds, and assists for their five starters and charted those. I did pie charts about which players were doing what. Some of our reporters will help me by doing the same thing. They’ll take a bunch of stats and make some really cool package just to show people something different. I make the charts in Adobe Illustrator and I have random notebooks full of this chicken scratch. 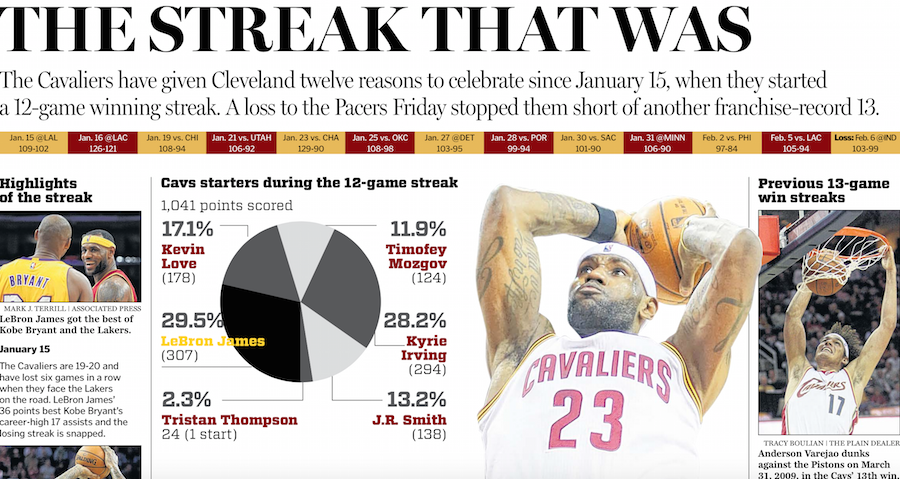 Zagata shared some of her early sketches with Storybench.

These sketches eventually became infographics on the Plain Dealer‘s print and digital sports pages. Below, an example. 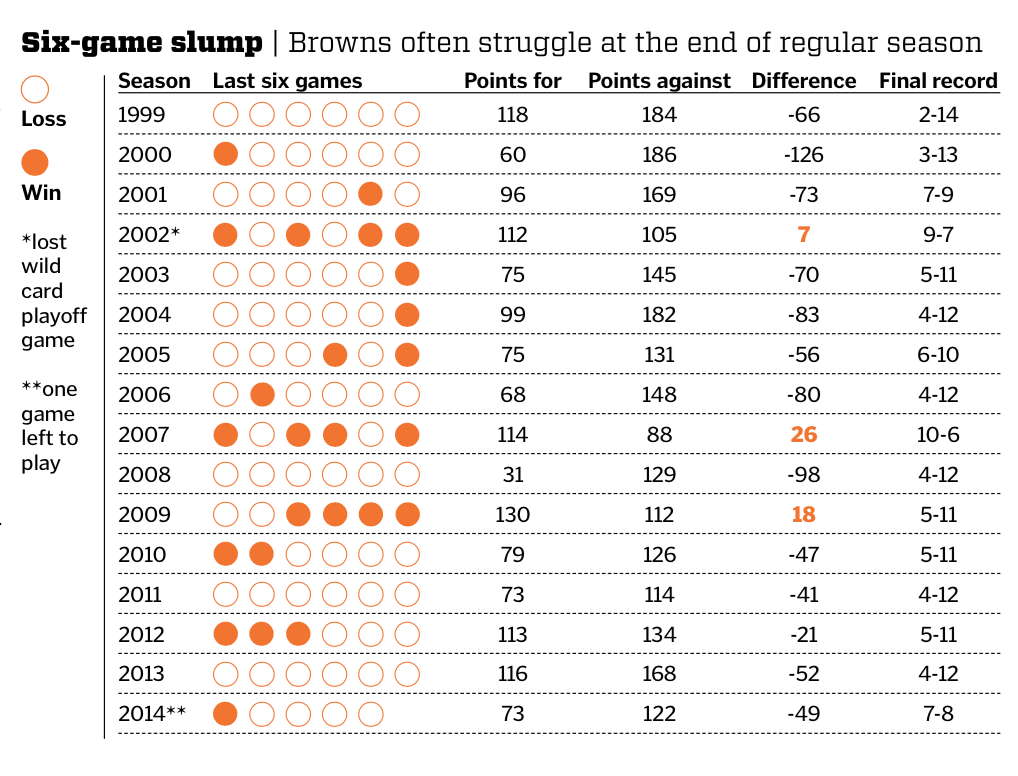