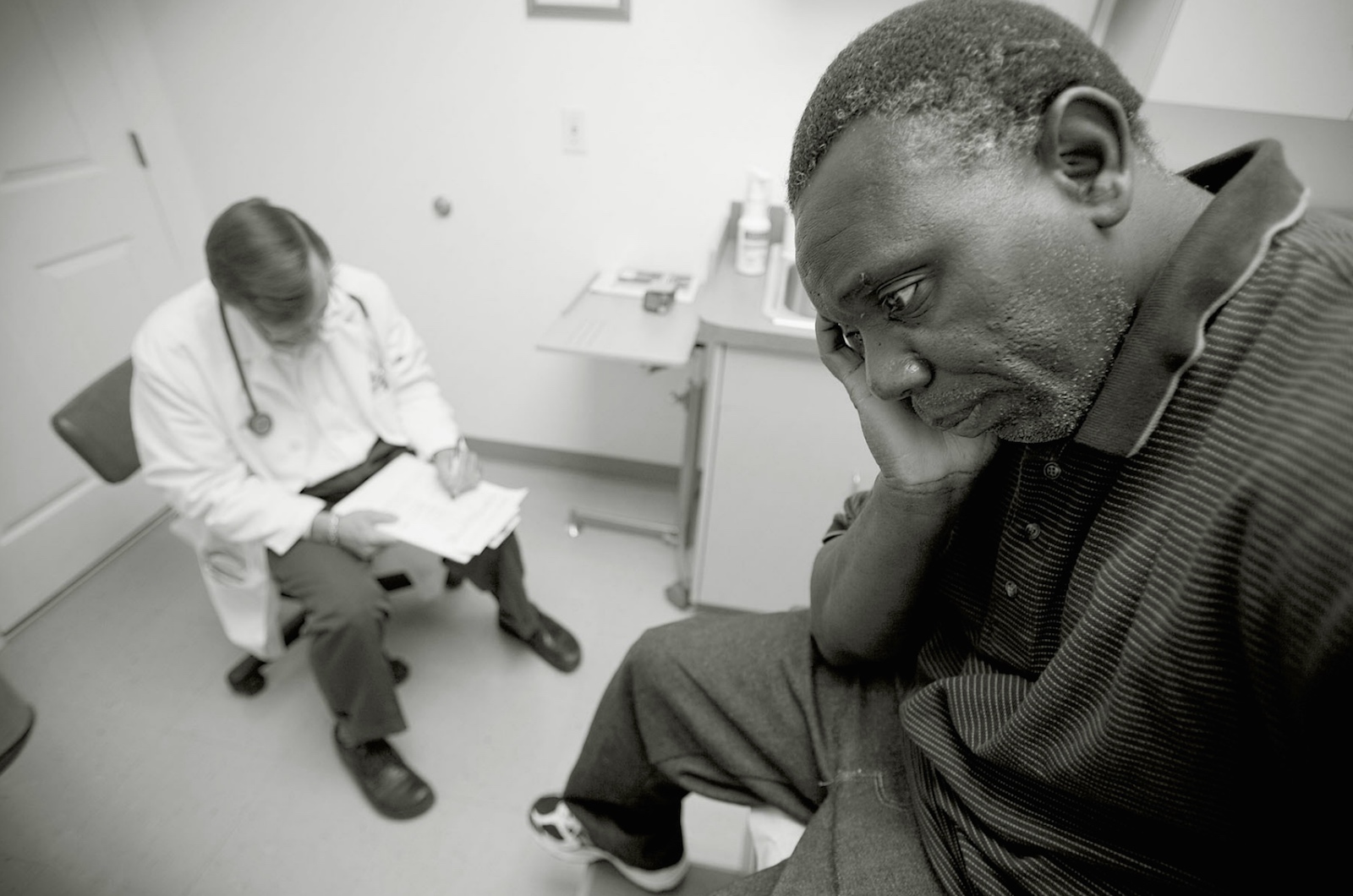 Vance Jacobs on taking his audience behind the lens

Vance Jacobs, a San Francisco-based photojournalist and filmmaker whose work has appeared in The New York Times, National Geographic Books and Esquire magazine, recently started a YouTube channel. So far, he has published nine videos in a series he calls “Behind the Lens” that provides an inside look at how Jacobs captured photographs for specific projects and what was happening between shots. By narrating over a slideshow of his work, Jacobs is able to add another layer of texture and context.

“A photo essay is just split seconds in time,” Jacobs tells Storybench. “I’m filling the gap in between the pictures.”

“My Time in a Colombian Prison,” for example, tells the story of how Jacobs traveled to a maximum security prison in Medellín, Colombia and ended up teaching a photography class. In the video, Jacobs recounts that several photos were stolen from the wall where the students were exhibiting their work. “Well, what do you expect?” one inmate told Jacobs. “We’re all criminals, right?” But Jacobs observes that to have a photo stolen was a badge of honor, it meant someone thought they were worth stealing.

The video “Witness to the Last Meal” has Jacobs narrating the story behind a single photograph taken at the Louisiana State Penitentiary in Angola. The photo is of the room where inmates on death row eat their final meal. “One of the guards told me: ‘Hey this is where people have their last meal,'” says Jacobs. “You get a spooky feeling in that room and if I can explain that feeling in an interesting way you can add another layer to the photo. It is notes from the field and I try to make them as compelling as possible.”

As part of “Behind the Lens,” Jacobs also tells a very personal story of photographing and befriending Alan Crotzer, who served 25 years in prison until he was exonerated on DNA evidence. “How do you feel?” Jacobs asked Crotzer moments before he returned to freedom. “I’m scared,” Crotzer responded. A two-day assignment turned into a month in which the two became roommates and close friends.

How he makes the videos

To make his “Behind the Lens” videos, Jacobs hires freelancers to edit together a slideshow and layover a narration in his voice. That audio track is produced by recording Jacobs while he answers questions he has written up out about the project. The audio is recorded on Xoom or Tascam recording devices and the videos stitched together with software like Final Cut or Adobe Premiere Pro.

What he shoots on

Jacobs shoots on a Canon 5D Mark III and has two go-to lenses: a 16-35mm f2.8 and a 50mm f1.2. He rents additional equipment on a project-by-project basis and recommends always renting video equipment since the technology changes so quickly.

One reason Jacobs is putting together the “Behind the Lens” series is to target a new audience. Jacobs says YouTube is just one more channel through which to publicize his work. YouTube, which is owned by Google, may bring in a new viewership for his work that reaches the Vance Jacobs Photography channel through a mix of serendipity and search engine optimization (SEO).

Photographers and videographers know well that they must market themselves with a reel showing their best work. But providing stories of the work that went on behind the lens is just as enticing, says Jacobs. “People love behind the scenes stories,” he says. “It’s getting a backstage pass. You’re getting beyond the velvet rope.”

Another challenge for Jacobs, like any creative freelancer, is staying on people’s radars. He doesn’t like to publish unfinished projects. He feels that there is pressure on many photojournalists to push out content as they capture it. But this is a dangerous game. The “Behind the Lens” series allows Jacobs to extend the life of his older projects and expand his market without having to constantly publish material that is not as polished.

Many years ago, when Jacobs visited the headquarters of National Geographic magazine in Washington, D.C., he was struck by how the photographers, journalists and caption-writers were all working on different layers of the same story. “The layering of all that information made the package really special,” says Jacobs. “I wanted to do that in my own way.”

Jacobs is also a “huge fan” of National Public Radio. He believes that the voice can be a powerful device in telling a story. It can be illuminating. It can be spooky, too, he says.

Looking behind the lens of photography projects like Jacobs’ provides immense amount of new detail and context. When he shoots, Jacobs says he is aware of moments in time that he wishes he could capture but can’t. His video series works to reflect on and share those moments. “It illuminates something at a much greater level that you wouldn’t know unless you’d experienced it yourself, or had a deep connection with a certain population, or if you’d shot a similar project yourself.” With his videos, Jacobs is trying to transport us to those places, introduce us to those subjects, and welcome us into his creative process.