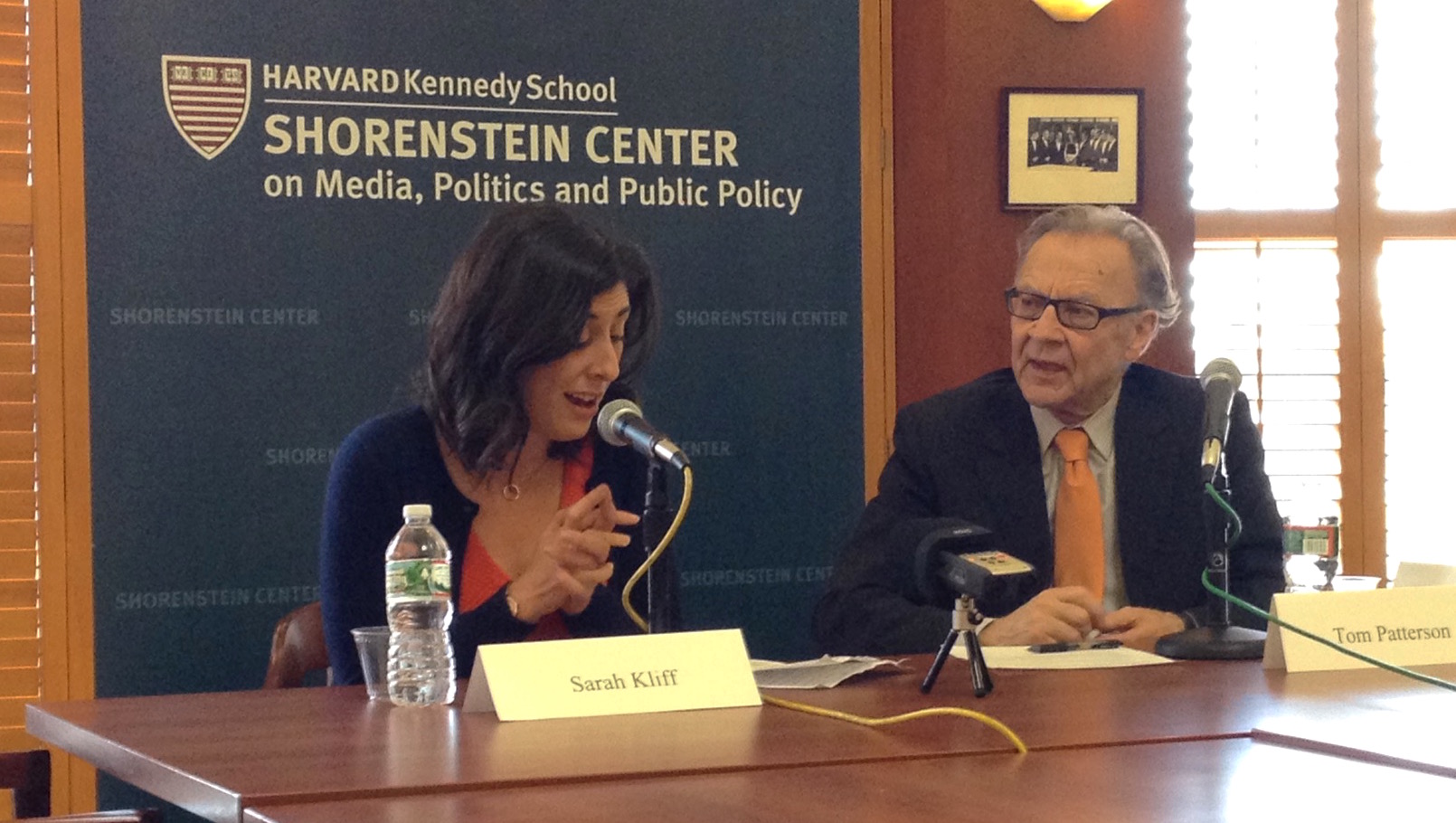 The fight for passing the Affordable Care Act (commonly known as Obamacare) has long since ended, even if Republican presidential candidates speak of its repeal. But, stories on this historic, far-reaching law continue – from the so-called ten percent “Snooki tax” on tanning beds, to a Supreme Court case challenging insurance coverage of contraceptives.

Sarah Kliff, deputy managing editor for visuals at Vox, a digital news outlet launched two years ago, began covering health policy in April 2010, the month after Obamacare passed. During a recent seminar at the Shorenstein Center at Harvard University, Kliff spoke about how past and present media coverage of Obamacare affects how Americans perceive the law and consume complex stories about health and policy. Here are some of the biggest takeaways.

1. How an issue is phrased can impact our perception of it.

In the case of the healthcare reform law, the way it is named – either Obamacare or the Affordable Care Act – can influence how readers feel about it, as this social experiment by Jimmy Kimmel demonstrates.

“I don’t think the term was the driver of the negative opinion,” Kliff said. “I think the term is the outcome of the split around Obama.” She pointed to a Kaiser Health Tracking poll, which found that Republicans are more likely to say they’ve been hurt by the law, while Democrats are more likely to say that they’ve been helped by it. “It is very easy to live in two different worlds, where Obamacare is a completely different law,” Kliff said. 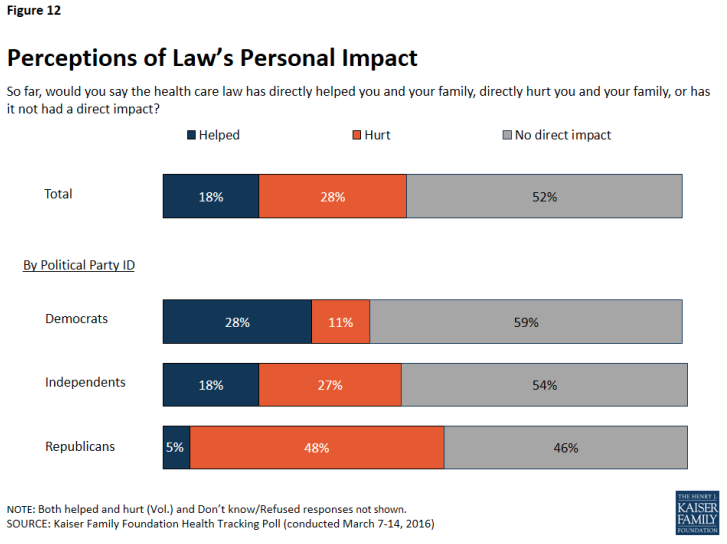 2. Simple stories can have the power to change policy.

Diving into Sanders’ and Trump’s healthcare proposals, Kliff explained the importance of digging into the details of their promises and what costs they will entail. A Vox analysis showed that under Sanders’ single-payer plan, Americans would save more on prescription drugs than they currently spend, “which means drug companies would literally be paying us to take their drugs,” she said. Once the reporter of the analysis pointed this out, the Sanders campaign revised their estimates.

3. There are many different ways to cover a complex issue.

Vox’s most widely read and shared pieces are big explainers on big subjects, like 9 questions on ISIS you were too embarrassed to ask. One of their most popular videos was a 5-minute explainer on what’s happening in Syria. Some explainers, though, go more in depth. The Weeds, a podcast run by Kliff and her coworkers, explores the intricacies of various issues in government policy. Their latest episode covers the immense challenge of digitizing medical records. Text, videos and podcasts may only be the beginning. “I am so excited to be trying out new mediums,” she said, “and I think learning about new ways to tell stories is my favorite medium.”

4. If you’re going to make an interactive story, make it worth it to your readers.

Kliff sees media moving toward audience interaction. “You want people to do things, scroll things, and click on things, and if we’re absolutely going to do that, then we have to give them a really good payoff.” One recent example is a tax calculator that tells you how you would be affected by a Trump, Cruz, Clinton or Sanders presidency. One of Kliff’s favorite recent stories: Why today’s teens are the most behaved generation of teens. 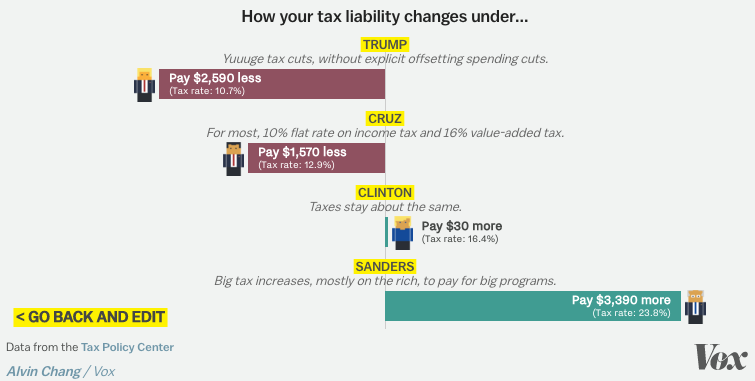 5. No matter how long you’ve been in journalism, it’s important to pay attention to who else is out there. And learn from them.

Vox, as Kliff describes it, is an argument about what is missing in journalism. “One of the nice things about being in a new newsroom is that it’s very easy to experiment because no one’s going to tell you, ‘That’s not how we do it,’ because we don’t have a way that we do it yet,” she said. Still, she stressed the importance of checking out what other seasoned pros are up to. From the BBC to STAT, Kliff is impressed by the innovative things other outlets are doing. “There’s a lot we can be learning from people who have been doing this longer than us.”

6. One of the biggest challenges in digital storytelling and covering complex issues is meeting people where they are.

By this, Kliff means introducing people to an issue we feel we should know about, but are too intimidated to approach. Or helping people catch up on what’s going on. Kliff thinks reporters shouldn’t necessarily write off big subjects or issues, like policy, for being uninteresting or possibly boring to readers. “That’s on us, as journalists,” Kliff said, “we have to work harder to make our stories more accessible and more interesting.”

You catch the rest of Kliff’s talk below. She also discusses what it’s like to report from Washington, the importance of engaging with people who we disagree with, and what the conversation is surrounding healthcare during the 2016 election.