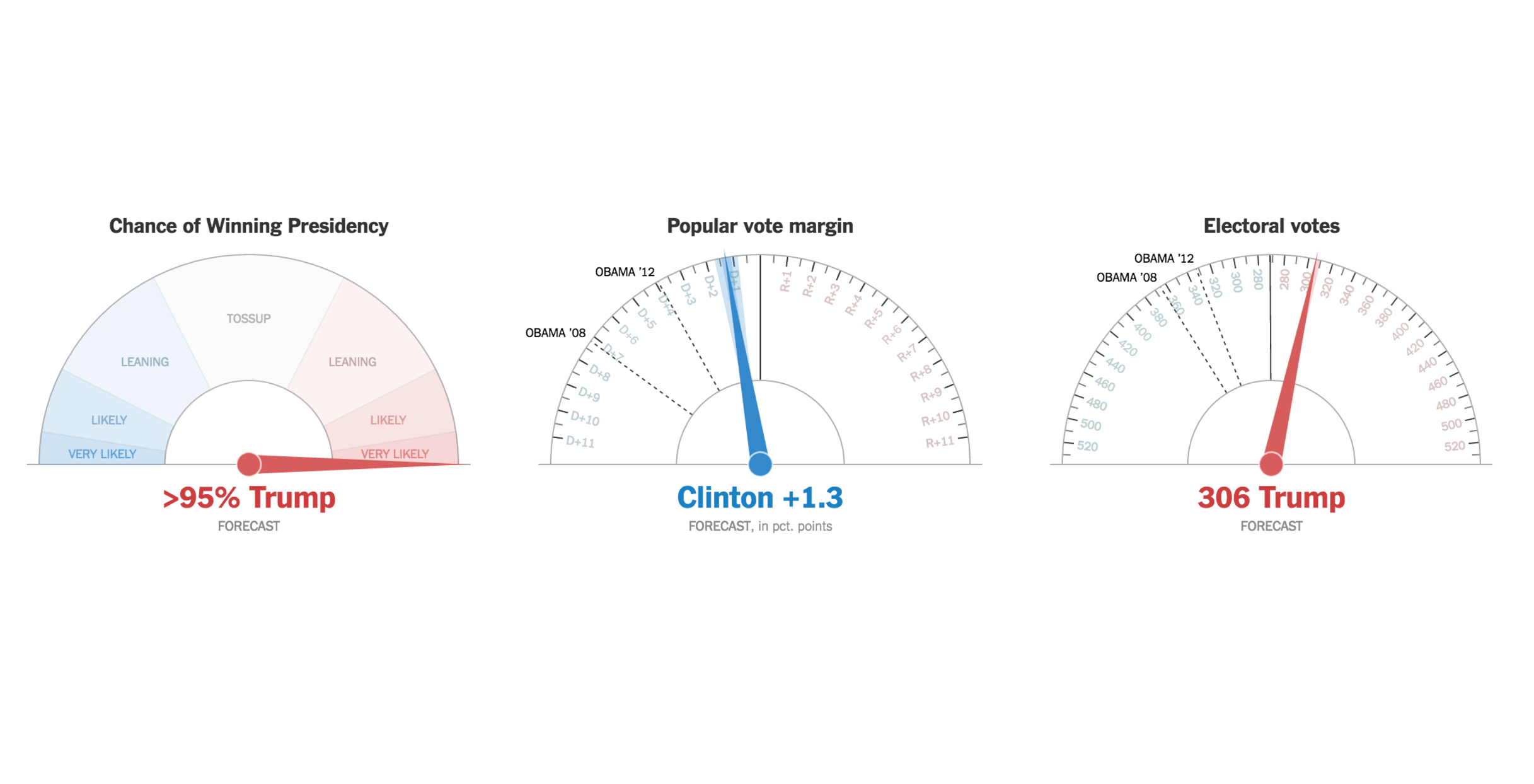 The tool effectively portrayed the projections of electoral votes, the popular vote, and the chance of winning the presidency at a given moment as pointers leaned towards Clinton’s blue side or Trump’s red side. Twitter, for its part, was very appreciative of the live tracker:

This graphic from @nytimes has been fascinating to watch throughout the entire evening. pic.twitter.com/1Pttf1i3tq

The app also provided insight as to how the race for the White House was playing out state-by-state. Speedometers were created for each state, like Michigan, one of the biggest battleground states of the night.

The Live Presidential Forecast app also provided line charts visualizing how the race was changing through the night. These trackers also visualized data from previous elections. 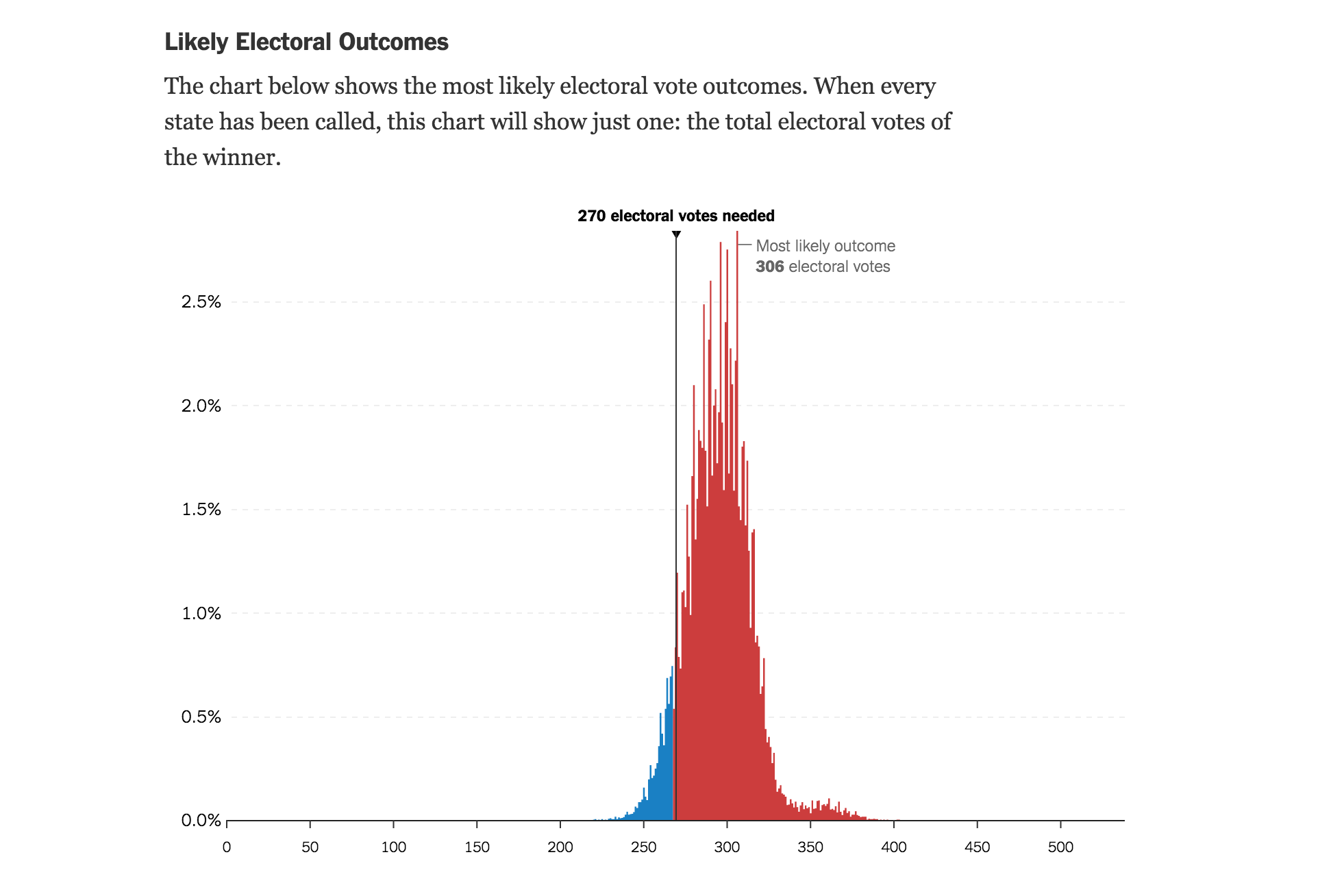