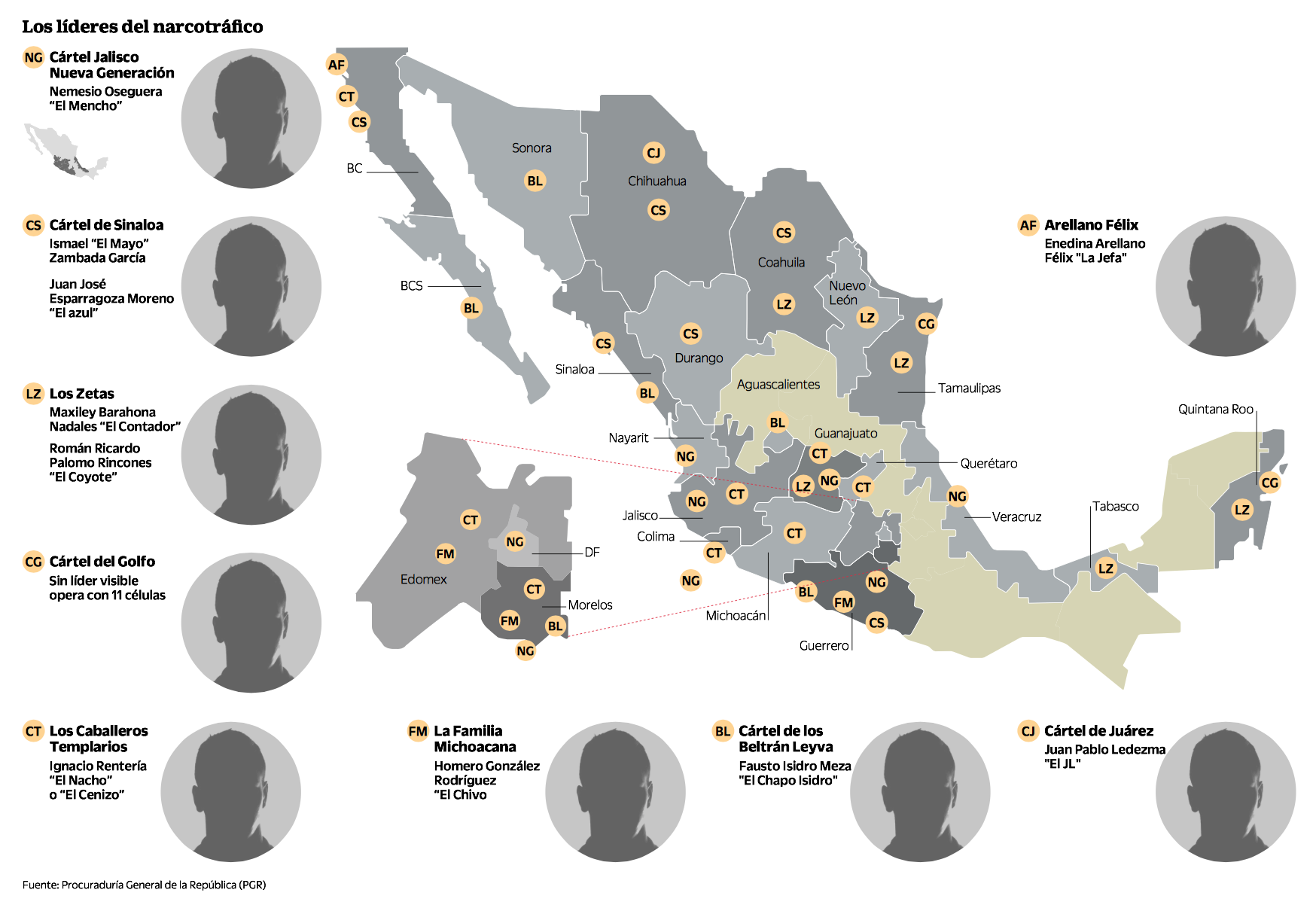 With the big news this week of the arrest of Joaquín “El Chapo” Guzmán’s, the head of Mexico’s largest drug cartel, most of the attention is being paid to actor Sean Penn’s Rolling Stone interview with the kingpin in his mountain hideout in Mexico.

But where’s the context? How powerful is the Sinaloa cartel that he has run for decades and the other Mexican drug cartels, for that matter? Storybench has been sifting through a wealth of graphics on the workings of the drug trade in Mexico and its impact on the United States that help readers begin to understand the bigger picture of this complex drug war. So now that you’ve read your fill on Sean Penn’s (and Rolling Stone’s) editorial shortcomings, check out these impressive visualizations taken from news organizations, non-profits and government agencies.

Mexico’s cartels have a new composition

The Mexican newspaper El Universal has been doing some very good data journalism and visualization work, including a recent map showing cartel leaders that have been captured or removed. The graphic reveals important context about who’s who in Mexico’s cartels but the yellow dots denoting individual cartels are quite small and their uniform color is confusing. 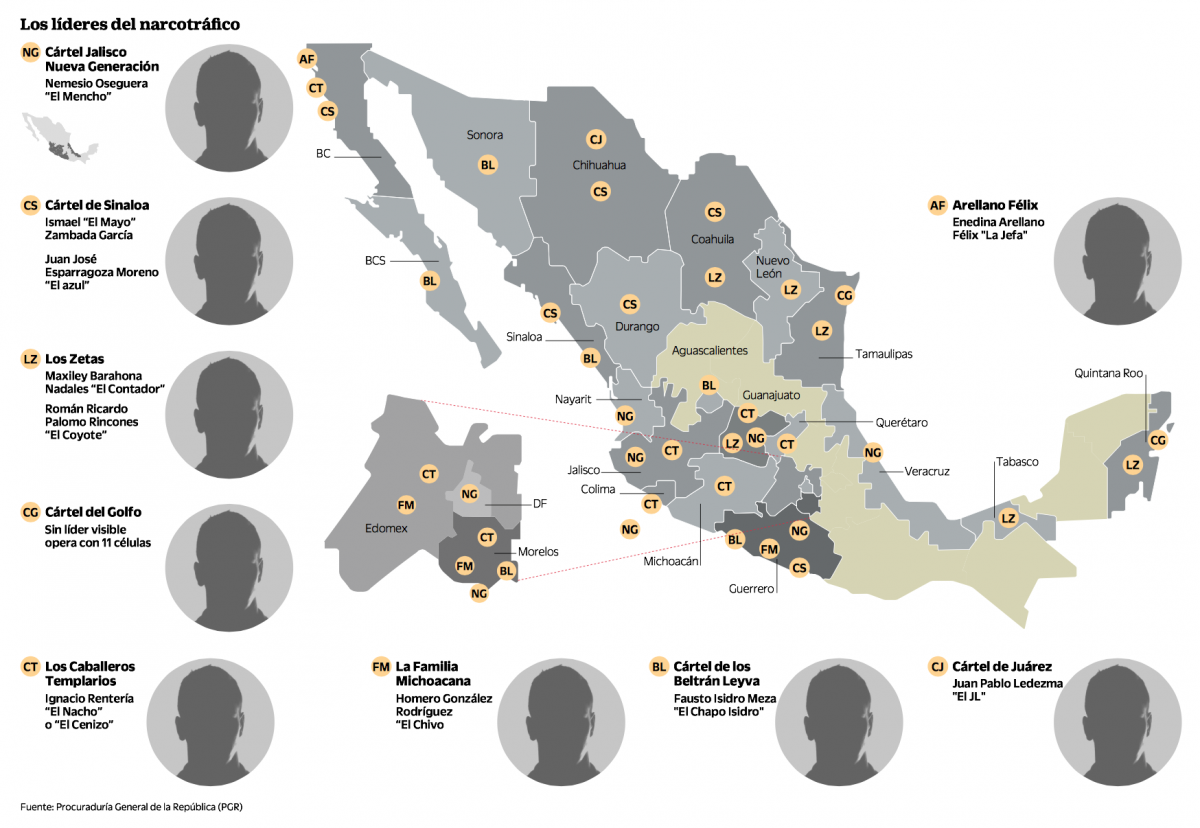 A New Way to Think About Mexican Organized Crime

Stratfor, an Austin, Texas-based geopolitical intelligence firm, has been producing some very interesting maps of the Mexican cartels. The following map uses succinct and elegant design to demonstrate drug traffic, major cartels and crime groups, and truck volume to the United States. 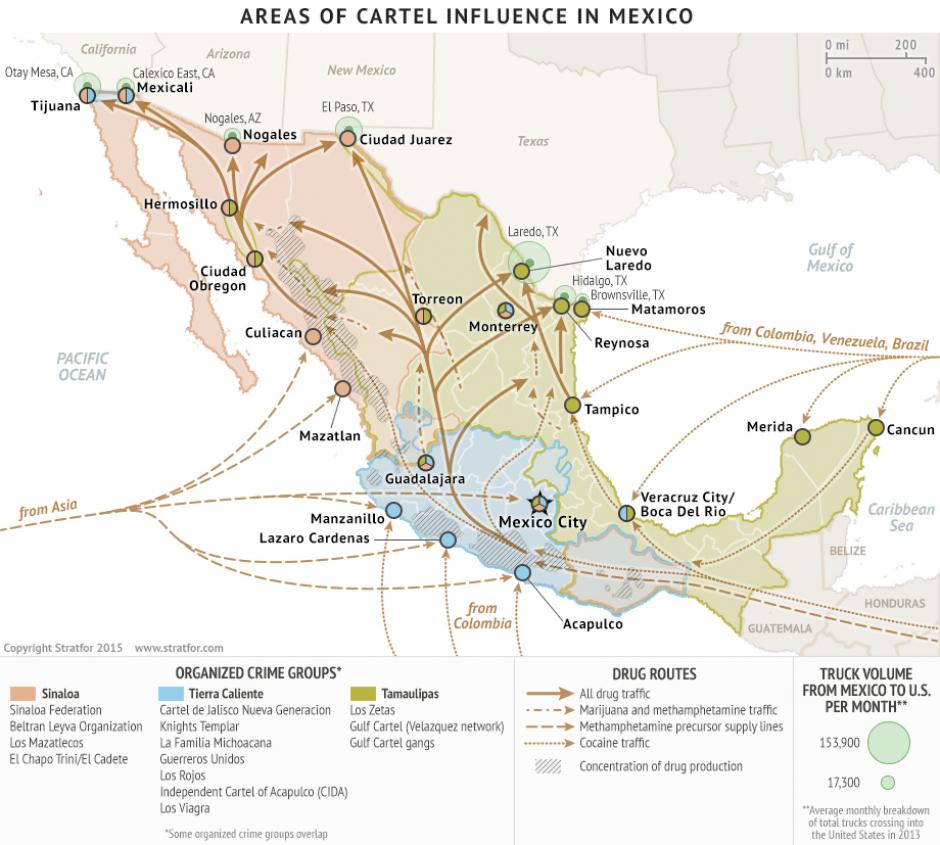 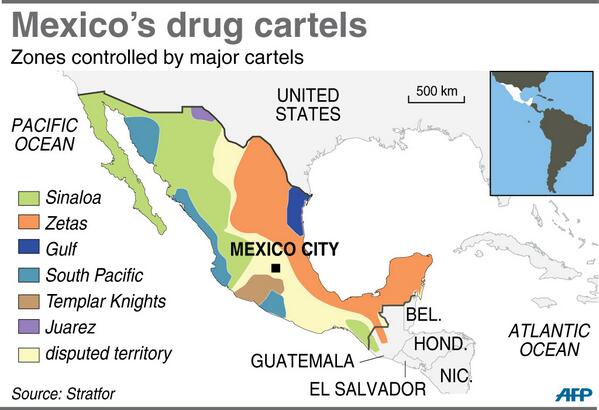 The D.E.A. has identified eight major cartels currently operating in Mexico. The state-level data on the influence of the cartels is good but the city-level data is poorly represented with overlapping dots.

The D.E.A. mapped the influence of the Mexican cartels in the United States. The Sinaloa cartel’s presence is clearly dominant. The county-level choropleth shading is impressive in its granularity but the shaded 3D pie charts are almost impossible to decipher. 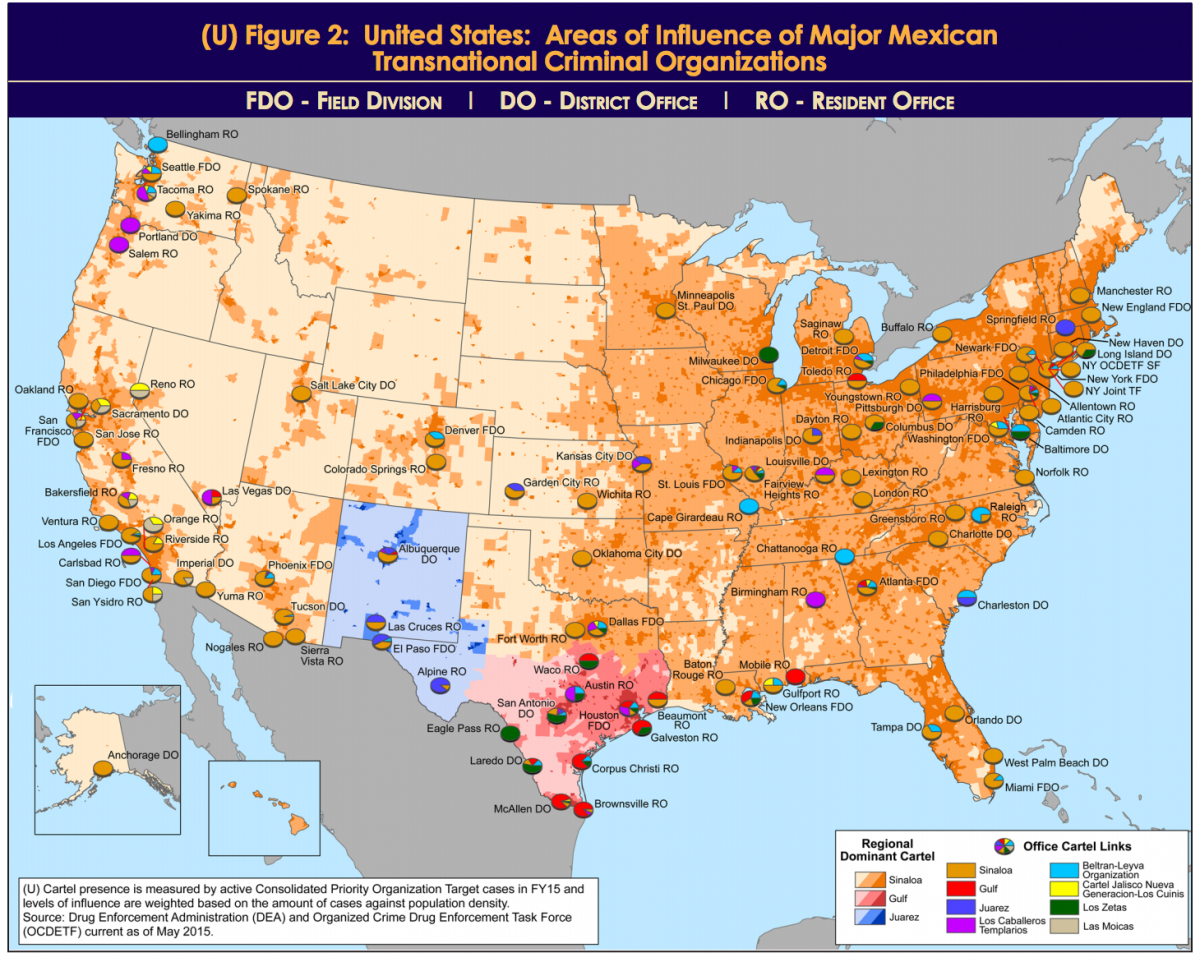 Vision of Humanity, Institute for Economics and Peace

The Institute for Economics and Peace, a think tank with offices in Mexico, New York and Australia, teamed up with various Mexican agencies and organizations to rank Mexico’s states along a scale of most peaceful to most violent. The interactive visualization is nice though the data is not that deep. 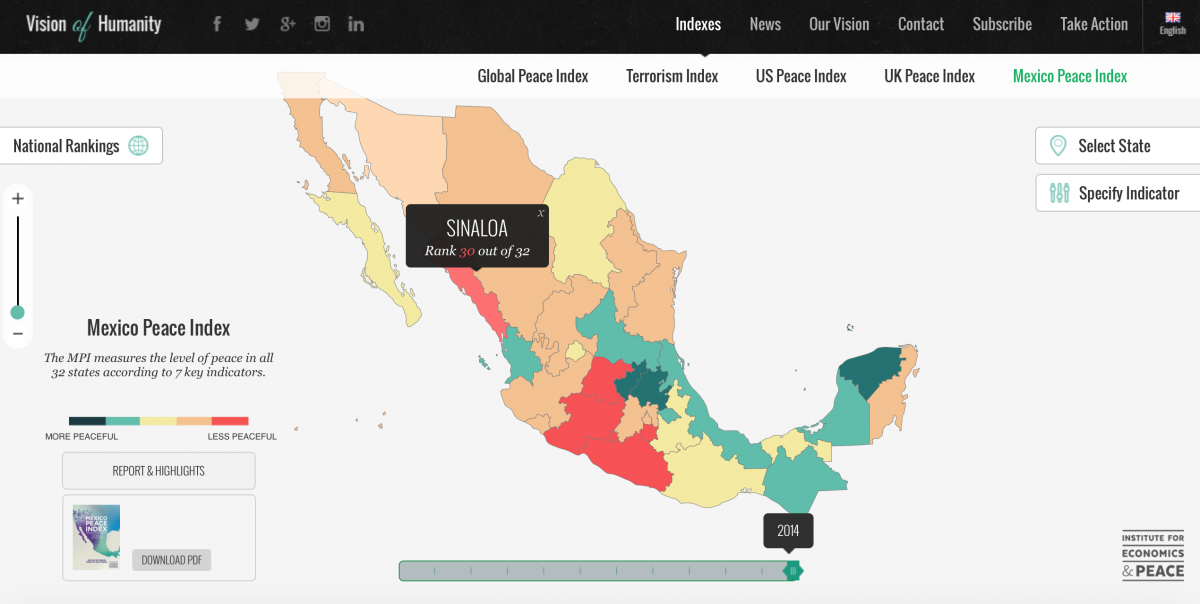