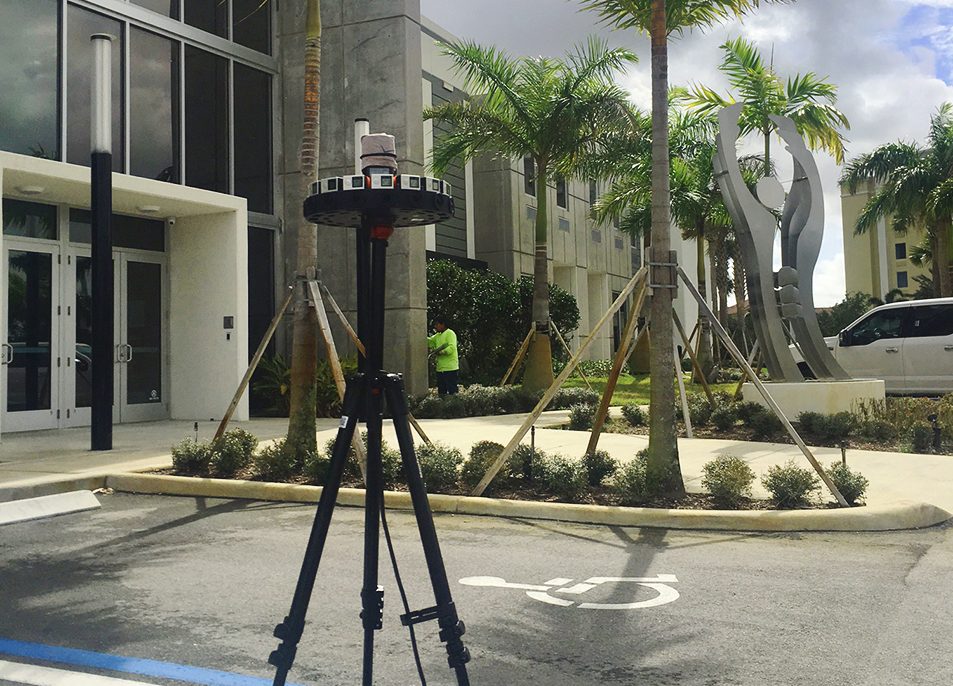 “The video takes you to various locations, but some of the best put you right in the training ring or on the wrestling mats with Nunes and her training partner,” says Joanna Stern, a technology columnist at the Journal who helped put the video together.

Storybench spoke with Stern and Stan Parish, the editor of the Journal’s The Future of Everything magazine and author of the Nunes piece.

Why did you want to make a VR piece about mixed martial arts?

Stan Parish: Mixed martial arts is one of the fastest-growing sports in the world, but more importantly, the skill level and fighting style on display in the octagon are constantly changing and evolving because the sport is so young. Amanda Nunes, the heroine of the UFC piece, is a new breed of fighter in the UFC: a dynamic and incredibly well-rounded woman. We wanted to show our readers what it takes to stay on top.

Could you take us through the process of creating the UFC piece? What kind of equipment did you use?

Stern: The piece was shot and edited by Madeline Marshall, one of our producers who has a passion for VR filmmaking. She shot with a Google Jump camera, specifically the GoPro Odyssey, which uses 16 synchronized GoPros to shoot 3D-360 video.

The tripod is usually four-feet six-inches to five-feet off the ground so viewers are at about eye level with the subjects. The height consistency is key to making the scenes transition smoothly. For audio, we used a variety of microphones – one on the camera itself and some regular lav mics on the subjects. The video takes you to various locations, but some of the best put you right in the training ring or on the wrestling mats with Nunes and her training partner.

There are loads of challenges when shooting virtual reality video—making sure you (the shooter or the reporter) do not appear in the shot is one of them. Since you are able to see in all directions, Madeline and Stan Parish, who reported the story, had to hide behind walls and doors during the filming.

What was the biggest challenge to putting the 360-degree piece together?

Stern: One of the biggest challenges with editing is considering where the piece will be watched and what part of the scene the viewer will be looking at. On the web, you can pan and drag around with your cursor.

“I think of VR like fine china. You only take it out for very special occasions.”

On a mobile phone, you can spin around to see different slivers of the scene. With a VR headset on, you feel as if you have been transported to the location. You have to think about all of the ways someone may view this single, highly-interactive piece.

In addition, capturing the viewer’s attention is very tough. In scenes with so much to look at, everything from the pacing to the voices you hear has to be carefully considered so people don’t feel totally lost and overstimulated. An editor has to think, “How am I going to take this person on a tour and not allow them to wander off on their own?”

What’s your outlook for 360-degree video and VR in journalism?

Stern: I think of VR like fine china. You only take it out for very special occasions. I love VR stories because they transport you to a place or a scene in a way no 2D image or video can. But you only truly experience that if you have a VR headset, and right now very few have those. The technology and the adoption of it are actually far behind the content.

Parish: I think it certainly has its place, but I also worry about overuse. VR can be transporting but it can also be disorienting; you need to make sure the location or place lends itself to exploration because you can’t control what the viewer focuses on the way you can with regular video.

Cover photo: The tripod and 360-degree video equipment used by the WSJ crew.