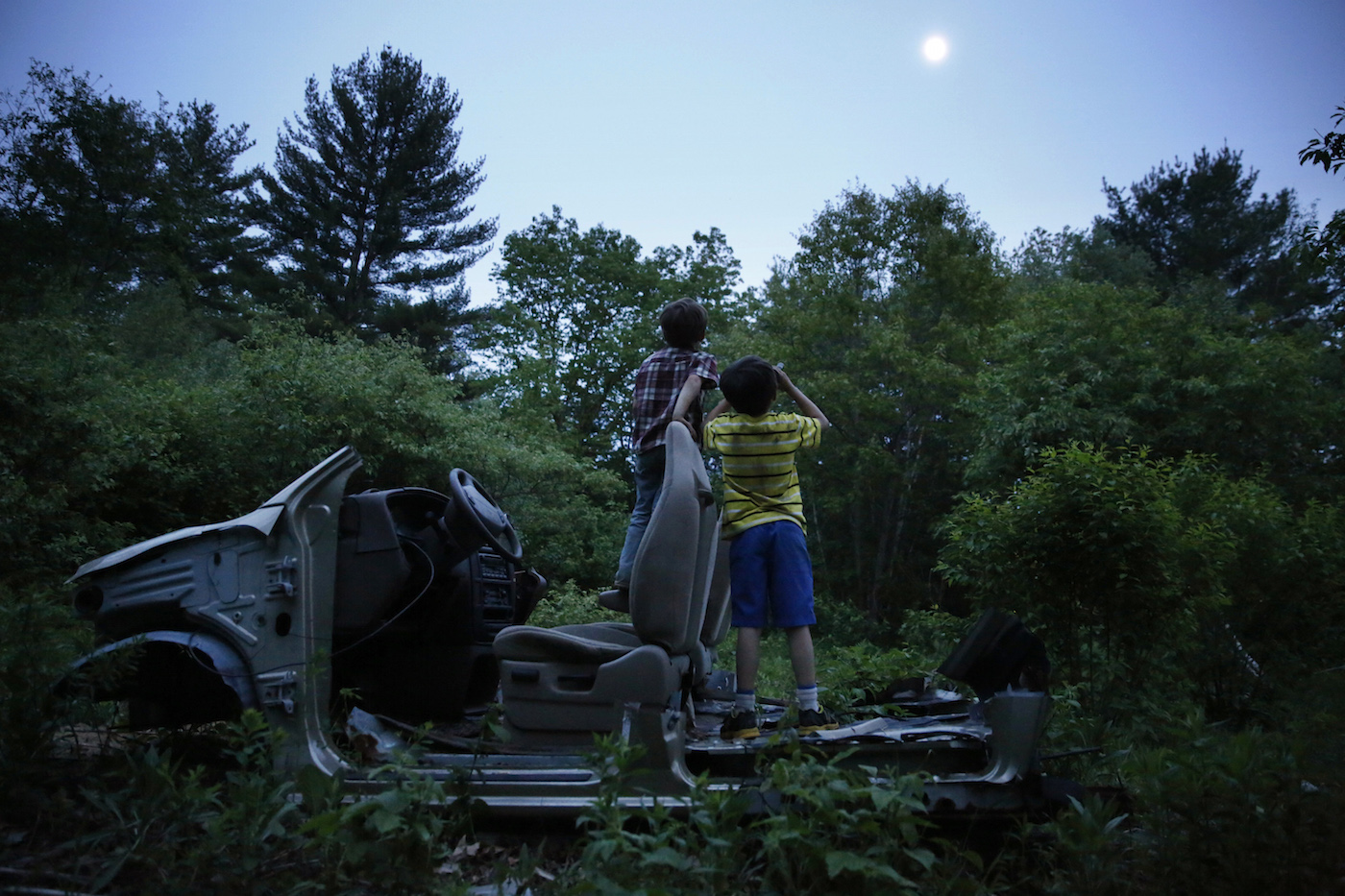 After nearly dying at the hands of his abusive stepfather, five-year-old Strider Wolf is placed in the care of his grandparents who live in a 24-foot camper in the woods of Maine. But as it is they are barely piecing together a living and struggle to provide for Strider and his younger brother Gallagher. Then they’re kicked out of the campground for falling behind on rent.

For “The life and times of Strider Wolf,” published in November by The Boston Globe,writer Sarah Schweitzer followed Strider and his new family for six months to tell a story of child abuse and poverty in rural New England. It’s a heartbreaking tale told through a powerful long-form narrative piece and artful photos paired with an arresting mini-documentary that captures the bleak circumstances of Strider and his family’s life. Through the mix of media the reader feels the desperation of the family, hears the wind blow through the campground trees and can watch Strider work to make his home wherever he is. “A Christopher Robin of western Maine” is how Schweitzer describes Strider.

Storybench spoke with Jessica Rinaldi, a photojournalist with The Boston Globe, about how she was able to catch the mood and tone of Strider’s world on camera. For an interview with videojournalist Taylor DeLench, head over here.

How early on during the reporting process for the Strider story were you brought on to shoot?

I was brought in very early on in the story. Sarah had found Strider and his family and had gone to Maine to see them while they were living in the Walmart parking lot. After her initial visit I got a call from the Globe’s Director of Photography, Bill Greene, asking if I would be interested in working on a story up in Maine. None of us were sure what direction the story would go in, so on that first trip he basically just asked me to go up there and check it out.

Sarah and I returned together to Maine. By that point the family had moved out of the Walmart parking lot and into the first of several campgrounds they would come to live in over the course of the summer. We spent the day with them and I called Bill that evening to ask if I could stay up in Maine and shoot more the next day.

What did your editors ask of you before, during and after the shoots?

When I returned I sat down with Bill and showed him my edit. We were unsure of what direction the story would go in but he encouraged me to stick with it. Generally that is how the edits would go throughout the reporting of the story. I would check in with him after a trip up there and show him what I had done, update him on things that had happened and he would encourage me to keep going with it.

One of the challenges of documentary style work is that you don’t always know what is going to happen next to further the narrative. The waiting can be frustrating and it can feel like your images are becoming redundant. Couple that with the fact that your subjects are a two and a half hour drive away and that complicates the process further. We had to be smart about when we chose to go to Maine, making sure not to miss key events. I still had daily assignments in Boston so it was also important to be here and contribute to the paper in between trips.

We are very lucky at the Globe to have a Director of Photography who spent the majority of his career working on long term stories, so not only is he a champion of these types of projects but he is also great at being able to see where the story is and what it needs in order to progress. For instance at a certain point it became clear that we needed to show the family outside of the campground in order to visually widen the scope of the story. Things like going to school with Strider or going with Lanette and Larry to Court became important. When you’re shooting you just try to gather as much as you can. I edit as I go, trying to get it down to the most compelling moments and images but once you’re done shooting the real editing begins. That’s when other photo editors and photographers get pulled in and by that point you need fresh eyes who haven’t been looking at the pictures and don’t know the story so that you can get an outside perspective and edit the story down to its most essential parts.

What did you want to achieve with your photos?

On any story the goal is always to come away with a set of images that can stand on their own. I try to take in the mood and the tone of what’s going on and distill that into the pictures so that what you see is a reflection of how it felt in the moment. Sarah and I were together for so much of the reporting and at the end of each day we would talk about what we had just seen and experienced. We were very much on the same page and I think that comes through in the final product.

What kind of equipment and software do you use?

I shot most of this story on a Canon 1dx with a 24-70 and a 70-200 but some of it was also shot on a 5d mark III. I shoot JPEGs and do the editing in Photomechanic and the sizing and toning in Photoshop.

What advice do you have for journalism students embarking on photojournalism?

I think when you’re young and trying to make a name for yourself, the big news stories can seem really seductive… but there are so many great stories in your backyard that nobody else is telling. Working on something close gives you a chance to find your style and voice without having to worry about what everyone else is doing. Tell the stories that aren’t already being told.