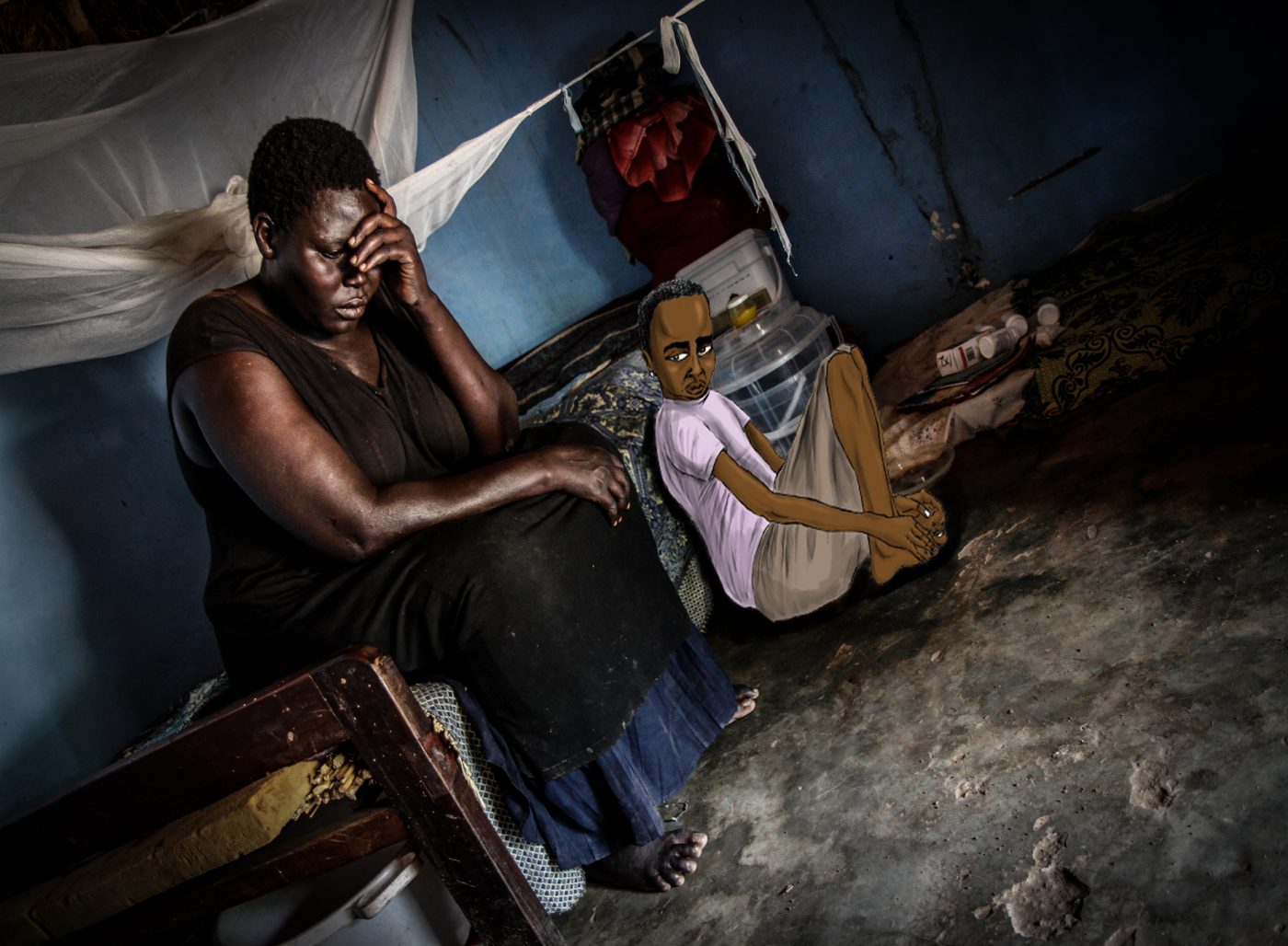 The harrowing cartoon images in Ca$h Cow, a series about a Tanzania girl who was abducted and then raped and beaten every day for eleven months represent a new genre of comics journalism, also known as graphic journalism.

Marc Ellison, a senior data journalist for the BBC based in Scotland, is the creator of this online multimedia narrative, which he calls a “graphic novel V2.0.” By using comic representations, Ellison says it enables him to tell the characters’ stories while potentially protecting their identities. What’s more, for an increasingly tech-savvy, tablet-oriented generation, using the graphic novel medium makes the story more appealing to Western audiences and helps draw attention to Uganda.

“The format empowers each woman, allowing them to tell their own story alongside the journalist’s and artist’s interpretations,” said Ellison.

Ellison’s “graphic novel V2.0” is a form of  graphic journalism. This hybrid combines illustrations, photographs, video and audio, among other forms of media. Ellison’s story allows users to ‘interact’ with the characters by clicking on the video icons to reveal more background information and quotes.

There are many reasons why Ellison was drawn to comic journalism. Before he became a journalist, he was a computer programmer interested in using different platforms to communicate with audiences. Since 2011, Ellison has been working on and off in Uganda, reporting about the reintegration challenges that female child soldiers face there. He has published a few traditional multimedia pieces, with photos and videos, but he’s since tried to push the envelope.

Ellison is a big fan of Joe Sacco, a Maltese-American cartoonist and journalist, best known for his comics journalism. He is also inspired by a book called The Photographer put out by the humanitarian organization Doctors without Borders, which includes a mixture of photos and illustrations. While reporting Ca$h Cow, he thought a graphic novel might be a visually powerful way of telling those kinds of stories, and he wanted to create a more immersive, interactive version for the Internet.

Ellison set out to tell the stories of the Uganda child soldiers in a unique way. He spent months on the project, which turned out to be his first “graphic novel V2.0” documenting the post-war challenges facing four former female child soldiers in Uganda, and it won a World Press Photo multimedia award in April 2016.

The risks and benefits of comic journalism

Exploring comic journalism, Ellison understands there is the risk of exaggerating or sensationalizing a story by telling it through drawings and not real pictures or videos.

“With reporting using graphic novels, there comes great responsibility. But I think there is the same level of ethics in reporting via comic book as reporting for print, TV or radio,” Ellison said. “I include photo and video in my comics; it’s really multimedia and the illustrations are used to plug the narrative gaps. Obviously, when the girl was abducted on a motorbike, I was not there to witness that, so I imposed the illustration on top of the picture of the family’s home.”

Some people may criticize the idea of using comics in journalism because their perception of comic books is tales about unrealistic superheroes. That is partly the reason why Ellison puts photos and videos to break up the illustrations and to constantly remind people that these terrible things did really happen to these young girls. “The mixture is really powerful when you click the video to actually see the girl talking about her experience after you see a few pages of illustrations. It grants the illustration a sense of reality in a way the authentic article would not,” Ellison said.

He also wrote long articles that accompanied the comic stories. But he thought that “the people who read the graphic novels did not even read half of the article.” He said, “Human beings are really captured by visual images, so the benefit of the graphic novel is that it evokes a more immediate reaction in a way that a long article simply can not.”

To Ellison, the creative thinking starts before every trip and every interview.

“Before I began my journey, I had already started mentally story-boarding things that I wanted to capture,” he explained. “For example, with Ca$h Cow, I knew in my head that there are certain kinds of photos I want to get, some of which would be background photos so the artists could draw up on it, like the compound where Grace was abducted from. I have a checklist of the types of the photos I may want to get.”

As for the scripts, he always starts writing when he comes from the field. He was too busy with his “one-man-show” when he was in the field to write — he did the research, interview various kinds of people, and shot photos and videos, all by himself. But the most important reason is, the interviews contain too much information and are emotionally powerful. He needs time to figure out how to tell the story in a sensitive way.

For Ca$h Cow, Ellison used the Google spreadsheets and Skype to collaborate “live” from long distance with Christian Mugarura, a Ugandan artist, so when Ellison wrote a script, they could discuss how to show the scene visually. There had been times when Ellison had different opinions with the illustrators on how to portray the theme. “I would certainly try arguing my case, but ultimately, it was about telling people the stories.”

Ellison did the programming work for each graphic novel by himself. He used html, javascript, and an open source javascript library called skrollr, which allows users to animate html elements.

It was all custom-coded and lightweight. Ellison also made sure that the loading of images was “lazy loading” so people with slow Internet connections could access it. “It’s important to me that not only people in the UK or the United States see the stories, I want people from Uganda or Tanzania to read it too.”

The early version of a Uganda project is not really responsive, which means, if you try to read it on a smartphone, it may not display properly. Ellison realized the importance of attracting smartphone audiences, so he tried an open source framework called Pulp, which allowed him to create a product that look good on all devices. Ellison even contacted the guy who developed Pulp and told him that he needed to embed some videos. So, they made some adjustments to the existing framework together.

Ellison spent months on the Uganda project. Recalling the process, Ellison said, “It’s quite physically and mentally exhausting because the topics are about horrible human rights problems. But all the effort pays off.

“For example, when Ca$h Cow came out, I received quite a few emails from people who wanted to know how to help the girl, how to donate money to the NGO. When Safe House came out, I was contacted by a number of NGOs who asked if it is OK to use it as an educational tool in Tanzania. When you get feedback like that, it makes the effort worthwhile.”