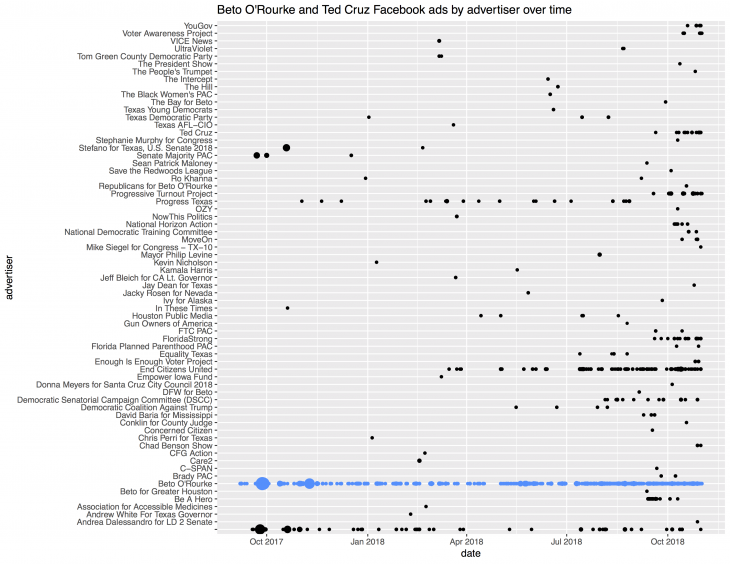 When and how often are Beto O’Rourke ads being rolled out on Facebook and who is paying for them? What is the sentiment of those ads and how do Beto’s ads differ in sentiment from his opponent Ted Cruz’s?

Using more than 94,000 Facebook ads collected by ProPublica’s Political Ad Collector, I attempted to answer those questions using the R packages “tidytext” for textual and sentiment analysis, “ggplot2” and “plotly” for data visualization, and “dplyr,” “stringr” and “tidyverse” for data wrangling.

Beto has spent more than $6 million on Facebook ads in the last six months – ten times what Ted Cruz has spent on the platform, according to the Texas Tribune. ProPublica’s dataset is by no means a random sample but it shows this general trend. Below, Beto’s ads are highlighted in blue plotted alongside every advertiser that ran ads mentioning either “Beto” or “Cruz.” 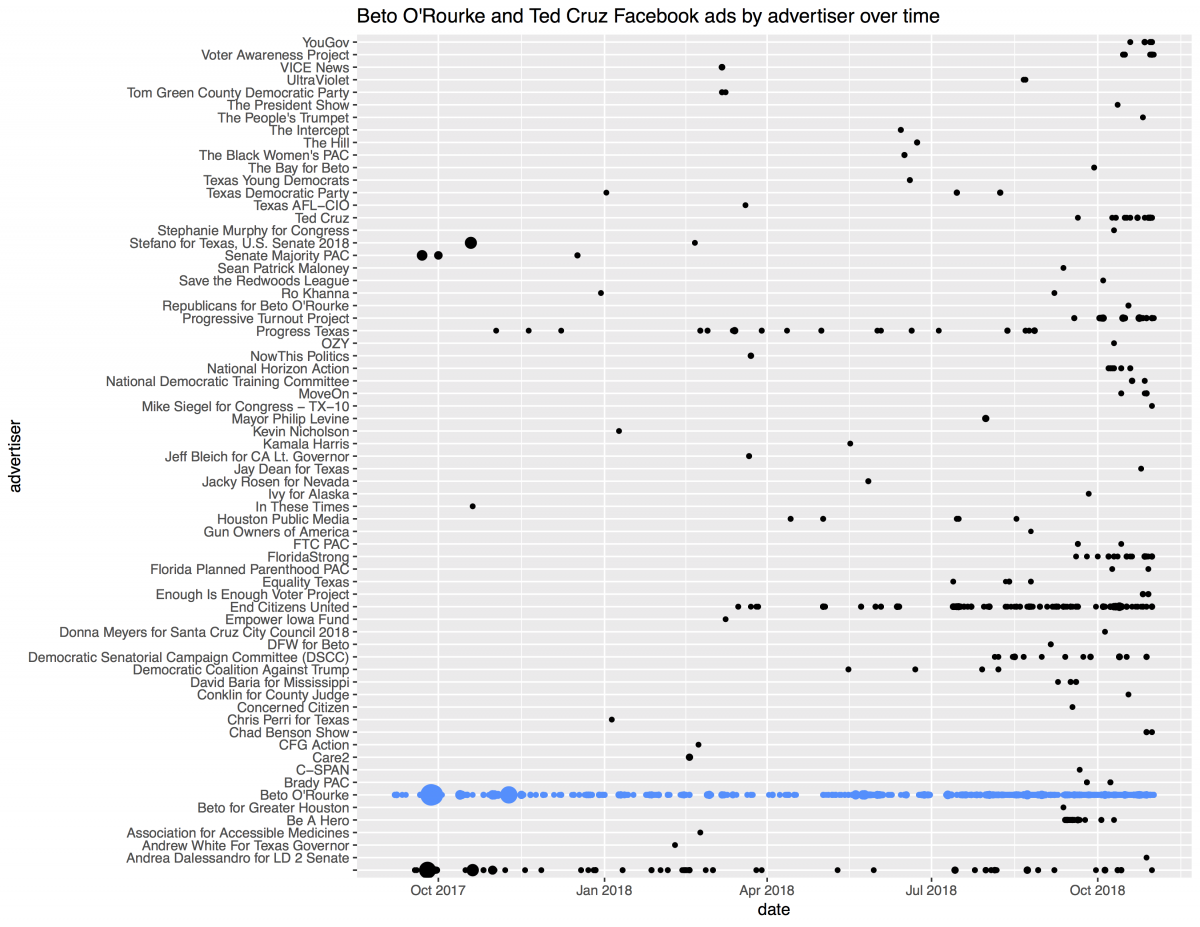 Unsurprisingly, the ads seem to be ramping up as the midterm elections approach. (The size of the dots are mapped to the number of impressions, described by ProPublica as the “number of times the ad has been seen by the Political Ad Collector.”)

Breaking out the ads that were paid for by the Beto and Cruz campaigns, we can juxtapose the two and reveal just how much more Beto’s is relying on the platform (at least as captured by ProPublica’s project).

Next, I applied sentiment analysis to the ads the O’Rourke and Cruz campaigns ran on Facebook (as caught in this dataset.) On average, their ads were slightly above neutral, with O’Rourke’s at 0.318 and Cruz’s a bit more negative at 0.211. 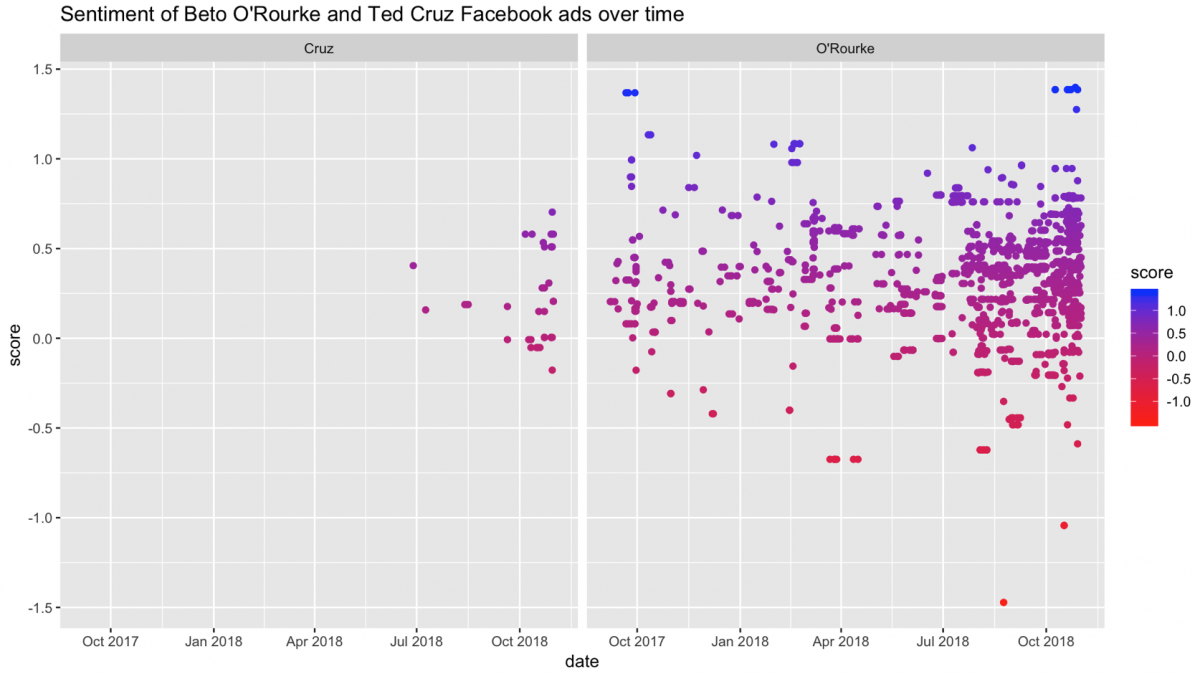 One final question I had was who were the most negative advertisers outside of the campaigns themselves? Turns out folks like UltraViolet, End Citizens United and Enough is Enough Voter Project drove overwhelmingly negative ads. What did those look like? 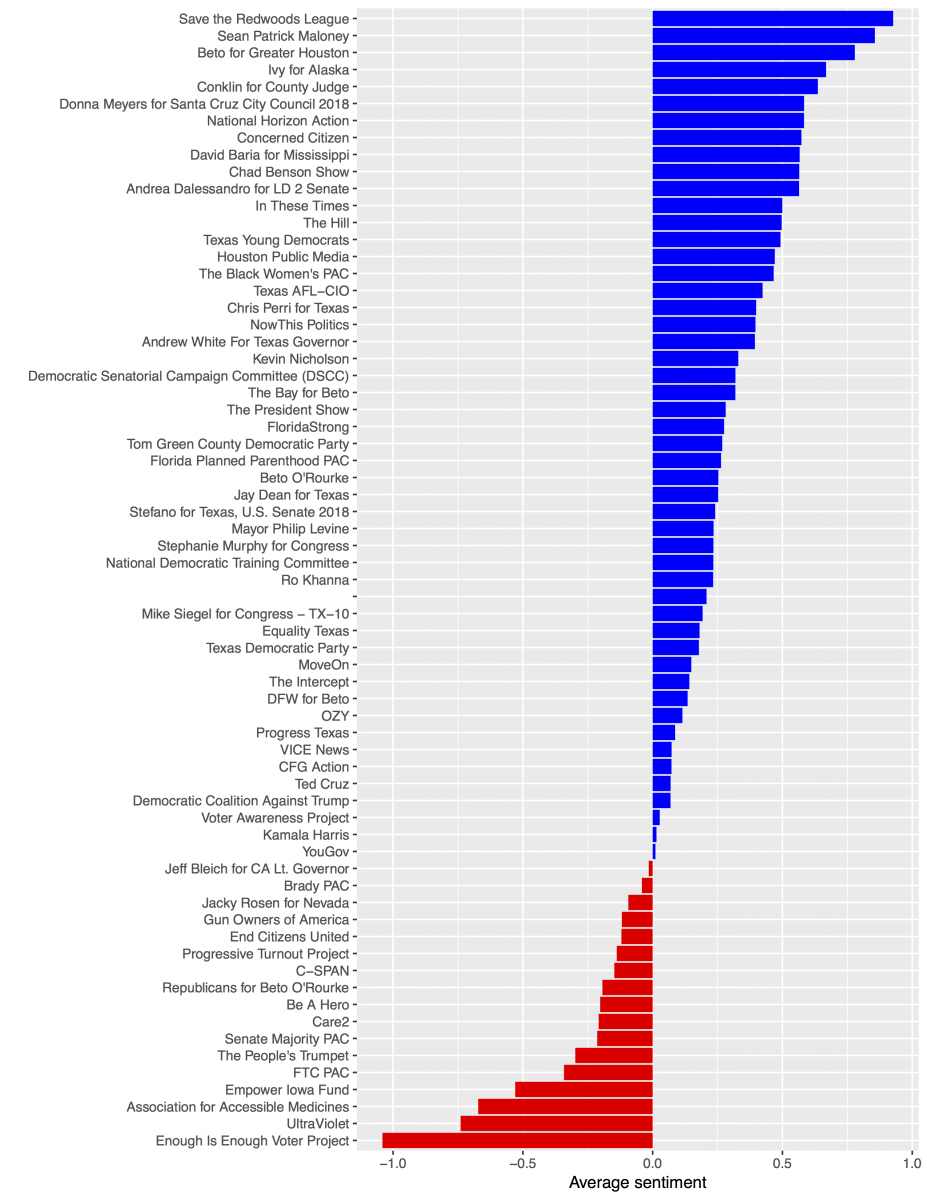