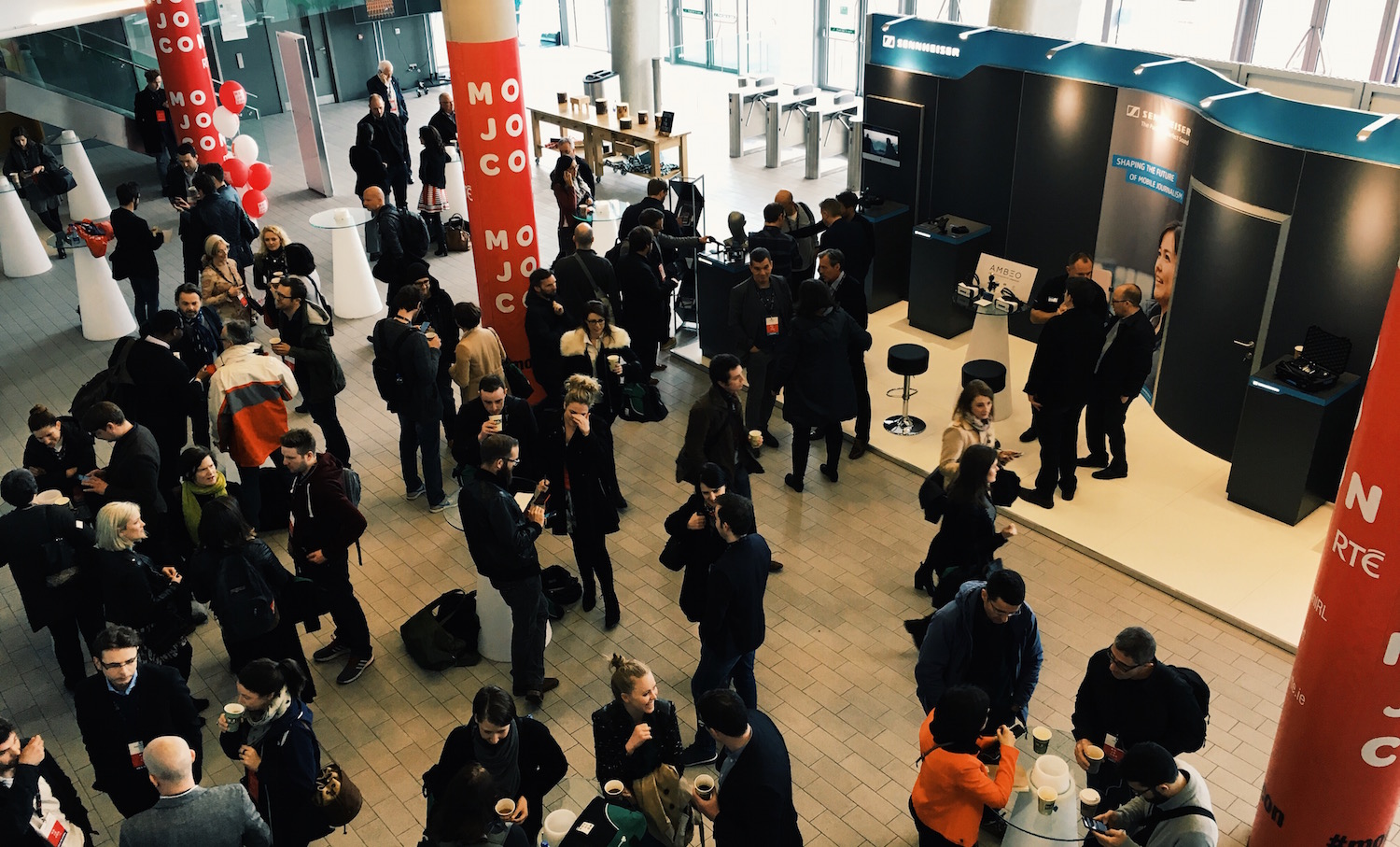 But even if attendees were already sold on “mojo,” they still had plenty of questions: Can you call it mojo if you don’t use a phone? What are the best apps for shooting and editing video? How do you build a mobile-first newsroom? And what’s the best equipment to keep in your kit bag?

Here are five takeaways from the conference:

With live-streaming services on Facebook and Twitter, new technologies for creating VR and 360 videos, and the rise of drone journalism, mobile journalists have never had more to play with. But experts say it’s important to plan for what can go wrong when using new technologies.

Much-needed words of caution from @suellewellyn in the #mojocon live-streaming session; it's not just "let's roll!" pic.twitter.com/6ADTh1ql3i

Geotagging services can reveal the locations of journalists and their sources, potentially compromising identities and breaching confidentiality. And broadcasters breaking stories can cross legal and ethical lines if footage of children or traumatic events is aired without proper vetting.

The spectre of streaming: 7 issues to consider before going live from your phone https://t.co/RtjiBlUeZp #mojocon

“Every time a drone goes up, land owners, content buyers and flyers are involved,” he said.

Interact with your audiences

Whether live-streaming or crowdsourcing the verification process, mojo can offer new ways to involve audiences in storytelling. Malachy Browne, a senior producer at the New York Times, said that online communities like the Guardian’s Facebook group for The Counted – a project that assists with reporting on police gun violence in the U.S. – can involve the public in ongoing investigations.

Browne said it’s important to acknowledge contributors, as Siobhan Heanue did following her coverage of the 2015 Nepal earthquake. When she returned to the country to report on the aftermath, she crowdsourced story ideas from those who had backed her initial coverage.

It was only by following social media that Heanue learned the true scope of the destruction of the earthquake. Remembering that platforms aren’t just for publishing can help journalists in their own research, especially in breaking news environments.

Engaging with your audience can also be a way to raise money. Rebecca Casserly, who broadcasts a daily Periscope to her 34,000 followers at @BoopFashionista, says she was able to raise thousands of dollars for the Children’s Cancer Society by asking viewers to make a donation.

Know your kit — and keep it simple

There are hundreds of mobile apps and a growing market for high-end smartphone accessories, but the mojo mantra is still “keep it simple.” Investing in fancy rigs and equipment can detract from all of mojo’s main attractions: its economy, its portability and its immediacy.

If the gear gets in the way of the story, you have a problem – @philipbloom #mojocon pic.twitter.com/YUnMvX3scK

For speakers on the “Is it still mobile if shot with a … panel,” even the phone is negotiable when it comes to a complete kit. Cameraman Dan Chung made a pitch for consumer cameras over fancy iPhone rigs that can end up being less economical. With autofocus, audio monitoring, extra battery power and memory cards, sometimes a conventional camera is best for the job.

For John D. McHugh, founder of Verifeye Media, mojo is more about getting into a mobile frame of mind than working with a particular kit. He ran sessions on “guerilla mojo,” teaching conference-goers how to make use of hair-ties and water bottle rigs when they’re separated from their gear.

Take control of your narrative

What sets mojo apart from the terabytes and terabytes of content uploaded by iPhone users every day? It’s all in the storytelling, said conference speakers.

For Christian Payne, founder and CEO of Documentally.com, sound is everything. Getting strong audio, he says, means that even when footage is poor or bandwidth is low, mojo reporting can bring audiences closer to the story.

“People who are fearing for their lives don’t want their photos shared online,” he said. Just get the audio.

Ronan Kelly from RTÉ’s Documentary On One team reminded his audience that crafting an audio package and editing video demand the same finesse: control over pacing. While characters deliver emotionality, it’s still up to the journalist to relay the facts through narrative.

It is their experience. It is their anecdotes. But it is your story. @Ronan_KellyRTE #mojocon

For Philip Bloom, the danger of fancy equipment is thinking with your kit. Don’t let it dictate your story. In his final talk on drone cinematography, he said that his philosophy for aerial photography is “defined movement,” meaning being intentional about shooting a beginning, middle and end. Being deliberate about the footage you want and knowing how to handle your equipment are still the hallmarks of professional videojournalism.

Excellent point from @WytseVellinga at #mojocon: Anyone can shoot / record. Journalists turn it into #mojo with storytelling skills

For mojo to truly go mainstream, it needs to be integrated into newsroom workflows. But new technologies can face pushback from anxious journalists.

Managers who successfully implemented mojo in their newsrooms say it’s sometimes easier to start from scratch than to shake up existing workflows. Geoffrey Roth, managing editor of FOX’s mobile-first newsroom in Charlotte, North Carolina, said that building a decentralized mojo unit was a much easier process than being tasked with changing newsroom culture at KRIV in Houston.

For Björn Staschen, a reporter and editor for German broadcaster NDR/ARD, it’s important that no one person or team feels left out of the transition to mojo. Teaching mojo to production crews and finding apps that work for Android users are important for bringing teams onboard. Knowing which countries block app downloads can also help managers find solutions that work for everyone on their team.

“It’s important to make sure that a group in the newsroom doesn’t feel like the switch to mojo is solely on them,” he said. “Let’s keep it open to everyone.”