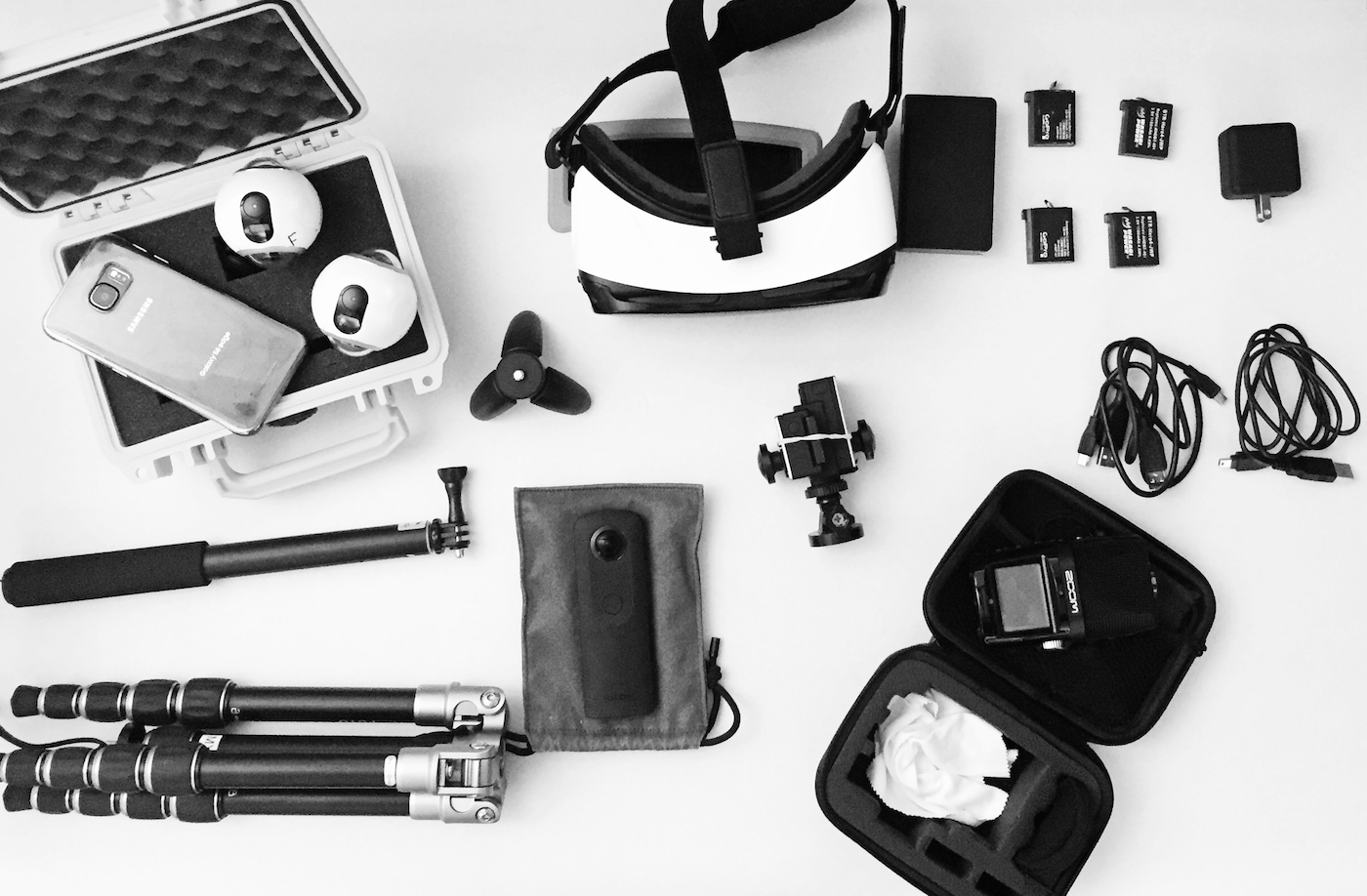 At 2:52 a.m on September 18, less than seven hours after the bombings in Manhattan’s Chelsea neighborhood, the Associated Press uploaded to Facebook a one-minute-long 360-degree video of people reacting to the explosion. Viewers could pan and rotate the video’s perspective to get a more complete picture of the scene. Subtitles provided additional context.

So far, finding a way to incorporate 360 video into journalism has been a tough nut to crack, but breaking news might be an interesting test case, says Mike Beaudet, a Northeastern University Journalism School professor and longtime broadcast journalist. “Anywhere that needs to show the relationships between people and surroundings is worth a shot,” he says.

To understand what the AP learned from its 360 video experiment, Storybench spoke with Nathan Griffiths, an interactive editor with the AP who created the video, about how he shot, edited, rendered and uploaded the video.

How did you decide to make a 360 video of the bombing?

I received the message at about 10 pm that there had been an explosion in midtown. I was on the subway, one stop from the office so I jumped off the train, ran to the office for a rig and jumped in a cab down to Chelsea. I didn’t really think too much about it. I was close to both my gear and the scene of the explosion so it just seemed a given.

I work as part of the interactive team and we have been experimenting with 360 video and virtual reality over the past year or so. I’m particularly interested in seeing how (or if) 360 video can be incorporated into a breaking news event.

As far as bringing additional cameras, I  knew that aspect was already going to be well covered by other AP staffers (I shared a cab down with another reporter headed for the press conference) so it wasn’t necessary.

How many people are on your team? What kinds of tools and equipment do you use?

We don’t have a dedicated team, though several editors work in the format pretty regularly and we work with photographers and video journalists across the AP as the story requires.

We have a number of 360 rigs, from consumer level cameras like the Gear 360 to more sophisticated rigs made from multiple GoPros, some with modified lenses.

We use a pretty standard production suite of Kolor AutoPano for stitching. We use Premiere CC and/or After Effects for editing, composition and post.

For this particular shoot, however, it was just me and a Gear360.

How long did it take to shoot and edit the video?

I was on the scene for about one-and-a-half to two hours, I’d guess (I wasn’t watching the clock too closely). Then it took me about another two hours to render out the raw footage, edit it in Premiere, add text slates and graphics, then render and upload the final video.

What are the differences between shooting a 360 video for breaking news and for other video stories?

Well, there’s no pre-planning, that’s for sure! I typically like to go into a shoot with a rough shot list, a loose narrative and a chance to scout out locations ahead of time so I can try to focus on getting the best shot. Obviously, this isn’t an option with breaking news. I shot what I could and had to build the narrative around the shots that I had, to some degree.

What are the most satisfying and unsatisfying parts of this 360 video?

I’m happy with the timeliness, for sure, and I think the fact that you get closer to capturing the entirety of the scene, hopefully it gives a more accurate picture of what it’s like for people on the scene. There’s a sense of urgency and confusion but also, to some degree, monotony. No one really knows what’s happening while so many people and emergency responders are milling around, waiting for something to happen. I would’ve liked to have had more close shots of emergency responders and the scene, though.

The fixed focal length of the cameras means you need to be physically close in order to get a close shot and the New York City Police Department or Fire Department weren’t keen on me leaving the rig around them to get those kind of shots. I have a ton of outtakes of myself being told to keep moving! Lol.

Do you think 360 video is a good way to present the story?

I do think it’s a very good medium for transporting people and taking them places and a powerful tool for connecting viewers to characters.

Since there’s no “frame” in the traditional sense, I think it could be a very effective tool to present a more complete picture of events, and perhaps one that feels more authentic, particularly in our media-saturated lives where events and news can sometimes feel very staged.

What advice would you give students of 360 video?

Get a camera and shoot! There are a number of affordable, consumer level 360 cameras on the market that you can use to experiment around 360 video with, and learn the ins and outs.

Click here  for Stanford Journalism’s guide to storytelling with 360 video.