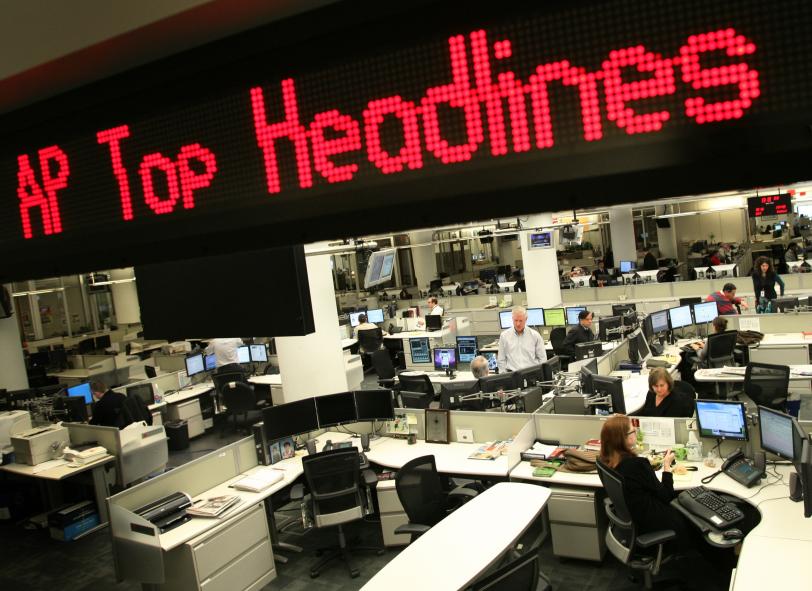 Over the last two months, Associated Press stories have been among the most popular on Facebook, according to a new report from the Associated Press and NewsWhip, a startup that monitors social media and content analytics. AP stories – posted to its own Facebook feeds as well as by subscribers to their wire service – drove more engagement on Facebook than any single publisher, beating out top organizations like The Huffington Post, The Daily Mail or BoredPanda.

In June, AP stories garnered over 31 million engagements, a metric that includes “shares from publisher pages, copy-and-paste shares, and use of social sharing buttons on the websites themselves,” according to NewsWhip. That’s almost 2 million more than The Huffington Post for that month. In July, the AP content saw 34 million engagements, 7 million more than The Daily Mail, the top individual publisher in July.

“Obviously, we are not a single publisher, but I think it is a really good illustration to show the hidden power of news agency content as it is shared across social media by all our customers,” says Davies. Those clicks, Davies says, end up making the AP money. “Engagement matters both to us and to our customers because, in a distributed content model, engagement equals revenue.”

Perhaps unsurprisingly given the amount of political turmoil in the U.S., political stories make up most of the 1.25 million monthly articles on Facebook identified as AP stories by the report. A single AP story on one of its clients’ Facebook feeds drove over 180,000 engagements, according to the report.

But politics is not the whole story. “High-profile court cases, celebrity news and classic ‘odd’ stories also performed strongly,” according to the report. “This mirrors results from AP’s own Facebook page, where political stories and content with a strong emotional ‘trigger’ continue to drive the highest engagement.”

“We are looking very closely at how our content is being used by our customers, but also at our own customer-facing products as APnews.com and the AP News App,” he says. “And looking at things like ‘Can we improve the headline? Can we improve the lede? Would a better image help?’ And if we can see that is working and boosting engagement, we make those changes for our customers as well.”

“We refocused the headlines on the potential human impact or the personal nature of the story.”

In order to monitor its social engagement in real time, The Associated Press trained over 150 of its journalists to look at story performance across platforms and make appropriate editorial decisions. Headlines, ledes and images are molded by assessing metrics like average reading time, scroll depth, customer use, and social engagement metrics.

“We’re optimizing our content in real time and making those improvements for our clients,” says Davies. “We can see a single change in a headline increase customer use by over 50 percent.”

He points to a recent example, which originally had the headline “US nixes sleep apnea test plan for truckers, train engineers.” After the changing it to “Experts: Lives at risk if no sleep tests for train engineers,” the AP saw an increase of 84 percent in customer use, says Davies.

In the case of another recent story, the original headline, “Transgender soldier fears life setback after Trump’s tweet,” was changed to “‘I am transgender’: A US soldier shares personal journey” and saw a 59 percent bump. The headline was modified yet again and now appears as “Transgender US soldier felt ‘fired’ by Trump’s tweet.”

“We refocused the headlines on the potential human impact or the personal nature of the story,” explains Davies. “I should add all the new headlines were backed up by our reporting and based on lines from the copy itself.”

Davies does not think the AP has reached the point where it is offering social media-tailored, digital-native content. But he says the engagement analytics have helped the company change the formats in which some stories are made available to clients subscribing to the wire service.

Big investigations, for example, can be broken down into “more modular ways so it works across a wide variety of platforms,” he says, a decision based on “signals picked up” after looking carefully at stories.

“More and more, we are pulling out some of these really compelling personal stories and packaging them separately with images as a companion piece,” says Davies. “Then, our customers have got a choice. They might want to feature a very personal story as a way of driving readers to the full investigation.”

Digital video metrics are still a work in progress

While the AP is one of the largest news video providers in the world, it has yet to pinpoint the tools to assess the engagement of video content on digital platforms as thoroughly as they can with broadcast video. For the latter, they use technology provided by Teletrax, which can scan over a thousand of AP’s clients in a day and provide the use of their film to the seconds.

“It is much harder to track use of our content that is being repackaged online,” says Davies, pointing to AJ+, a digital-native news organization and an AP customer which has produced videos reaching over 4 million people with AP video.

“I think video metrics are still a patchwork for us because of the way people are re-versioning’ content on so many different platforms,” he says.

Plus, Davies concedes, video production has its own set of challenges that make it tougher to split into modular content. Even if the AP had engagement figures on roll-time and average view time, it would not be practical to re-edit videos on-the-go as is done with written pieces.

The AP’s hesitation to overanalyze and repackage its video content could be coming at the right time. Perhaps it’s just the kind of restraint needed as other news organizations aggressively “pivot” to the format without full knowledge of whether their audiences are even engaging with video.

Update: This post was updated to reflect the correct number on AJ+ videos, over 4 million viewers, not 40.