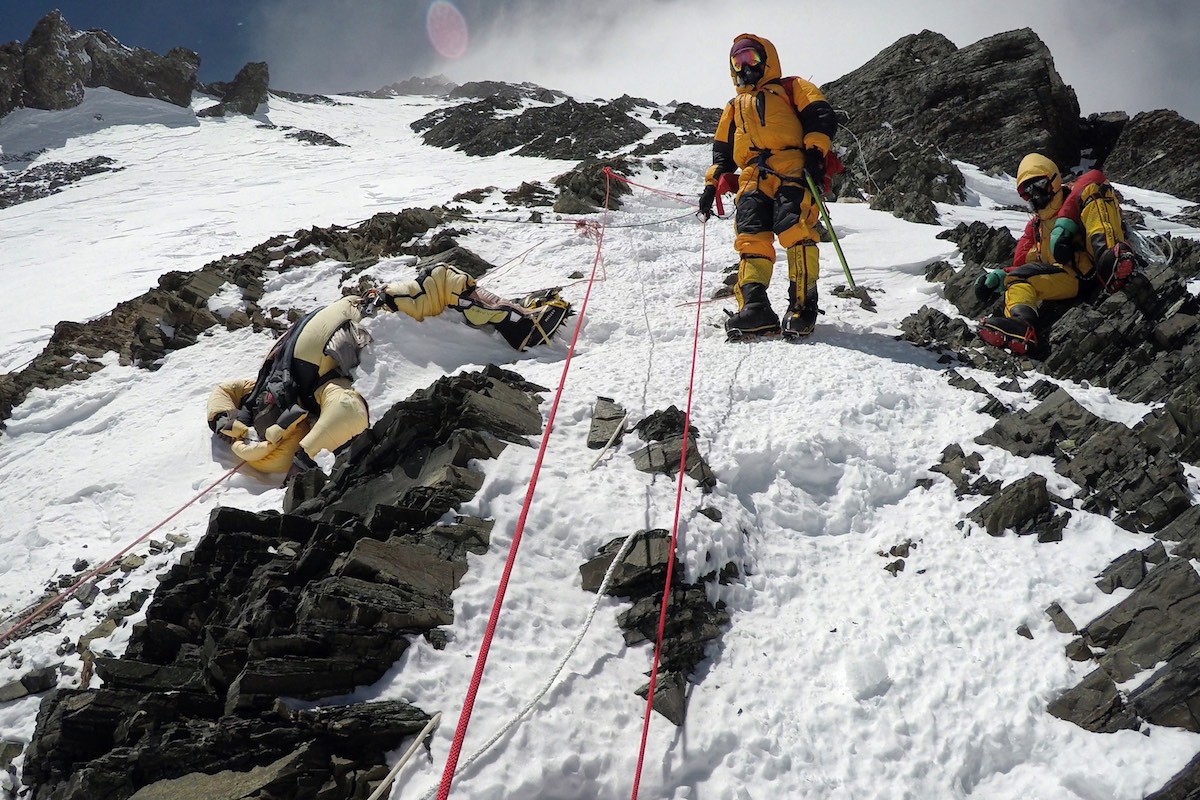 What happens to the bodies of those who die trying to conquer the world’s tallest mountain? That’s the question John Branch answers in his recent piece for The New York Times, “Deliverance from 27,000 Feet,” in which he tells the story of three Indian men who died on Mount Everest in 2016 and the months it took for all of their bodies to be retrieved and for their families to finally find, as Branch puts it, “some semblance of closure.”

Branch writes in vivid detail about the climbers’ journey to Everest – these were hardly well-heeled mountaineers – their ascent, the calamity that befell them, why they were abandoned, their deaths, and the $90,000 expedition to retrieve their bodies.

Storybench spoke with Branch about the research, reporting, respect and care that went into creating this detail-rich piece.

Branch, a sports reporter for The Times and a veteran of narrative journalism, said death is not a rare topic in his stories on the outdoors. For instance, “Snow Fall” — a 2012 longform piece about a fatal avalanche in Washington State — earned him a Pulitzer Prize. He realized over time that there was a bigger story in these deaths, especially with what happens to the corpses.

“That was tickling the back of my mind,” he says. Then, in summer 2016, one of his editors emailed him a blurb of a story about the Indian climbers who had died on Everest. “The last part of the story was ‘they will be brought down next year.’ They just left us dangling there and I wanted to know more.”

The subject came up three separate times over the next month in different stories of people who died while climbing. “I realized there was a story to be done here about the really emotional, really spiritual and sometimes really dangerous story about how to retrieve these bodies,” Branch says. He and his team decided to home in on the Indian climbers’ story because it was still unfolding, so they could watch and record as it did.

Treating a story with respect

While reporting this story, which ran more than 12,000 words, Branch says he conducted more than 100 interviews. He has notes spread across more than a dozen Google Docs and handwritten pages.

One of the big topics Branch investigated had nothing to do with the mountain or the logistics of bringing the bodies down. Rather, he did much of his initial research on Indian and Hindu cultures, especially pertaining to death ceremonies and funeral proceedings.

This is how Branch says he begins reporting most stories – by studying the people he will be talking to in order to ask better questions and show respect. “You don’t want to go across the world, report on something across the world and have people there say, ‘This guy has no understanding of our culture,’” Branch says. He seems to have done a fine job conveying the story’s complexities. Since it was published, subjects in the piece have called him to say he “nailed it.”

Branch traveled to India and Nepal for a total of six weeks across two reporting trips. He first traveled to India in February 2017 to collect background information about the climbers, their families, and the body retrieval process, and made a second trip in May to follow the bodies after they were brought off the mountain and went through forensic analysis and then the cremation rituals.

Not that he didn’t experience uncertainty about whether the story would pan out. On his first two-week reporting trip to India, Branch didn’t know whether the bodies would be found. “If they didn’t find the bodies, would there be a story? We thought so, but we didn’t know what that would look like,” says Branch.

The challenge of reporting remotely

Branch was not on the mountain when the climbers died, nor when the guides, or Sherpas, freed the bodies from their icy tombs and dragged them down. Yet he writes about these events in such detail that any reader would guess he was standing there with a notebook in his hand, taking down everything that had happened.

To figure out what happened the day the climbers died, Branch combed through logbooks to see who climbed the mountain on the same day as his subjects. He figured there were a few dozen who passed the bodies, so he began looking them up, tracking them down and asking them about what they had seen.

One of these climbers, a doctor from Seattle, actually passed the Indian climbers on his way down the mountain and had video of one of their guides asking him for the time. Branch included him in the story. Others, who went unnamed in his piece, provided Branch with details, such as the image of people stepping on one of the bodies with the spikes of their boots.

“I was finding people who weren’t a part of the story but were valuable contributors in some way,” Branch says. “There are two paragraphs of unattributed anecdotes that were just part of the building blocks of the story.”

Tapping a Sherpa to shoot video

To capture what was happening on the mountain while the bodies were being brought down, the reporting team decided to bring on another member: one of the Sherpas who had been hired for the retrieval mission, Dawa Finjhok Sherpa.

“We had to hand over our expertise as reporter and photographer to this Sherpa,” Branch says. So the primary photographer for the story, Josh Haner, wrote precise instructions for Dawa Finjhok Sherpa on how to use the camera, including which buttons to press to what frames to capture.

“It can be confusing, especially when your hands are in gloves and you’re at 20,000 feet and it’s cold and your hands are full, carrying a dead body perhaps,” Branch says. But when they watched the video Dawa Finjhok Sherpa took, it was better than they could have imagined. The hour-long video included the climb up, digging the body out, and the helicopter rides.

Between the recording and interviews with Dawa Finjhok Sherpa and other Sherpas on the mission, Branch could include details like the “mismatched pieces of rope” they used to wrap a plastic tarp around one of the bodies, or the “ghost town of abandoned tents and gear” that described the highest Everest camp.

Getting the balance right

Making sure he got these rich details right is something Branch is very careful about. So is telling the story in a fair way.

“I was writing about an event I wasn’t there to see, and something people were emotional about, and I think people there wanted me to figure out whose fault it was,” he said. “The story was probably a more powerful story because it shows it in more human terms and doesn’t point a finger. I wanted to be really fair to all these people. To the agency, to people who passed the dying bodies… I was trying to balance the fact that this happened in a really, really difficult situation, in maybe the world’s worst place to get in a bad situation.”

In trying to tell the story as closely as possible to the way it happened, and in including aspects such as the climbers’ families and the preparation the climbers put into buying – and in some cases making – the equipment needed to climb Everest on very tight budgets, Branch ensures the piece is a distinctly human story.