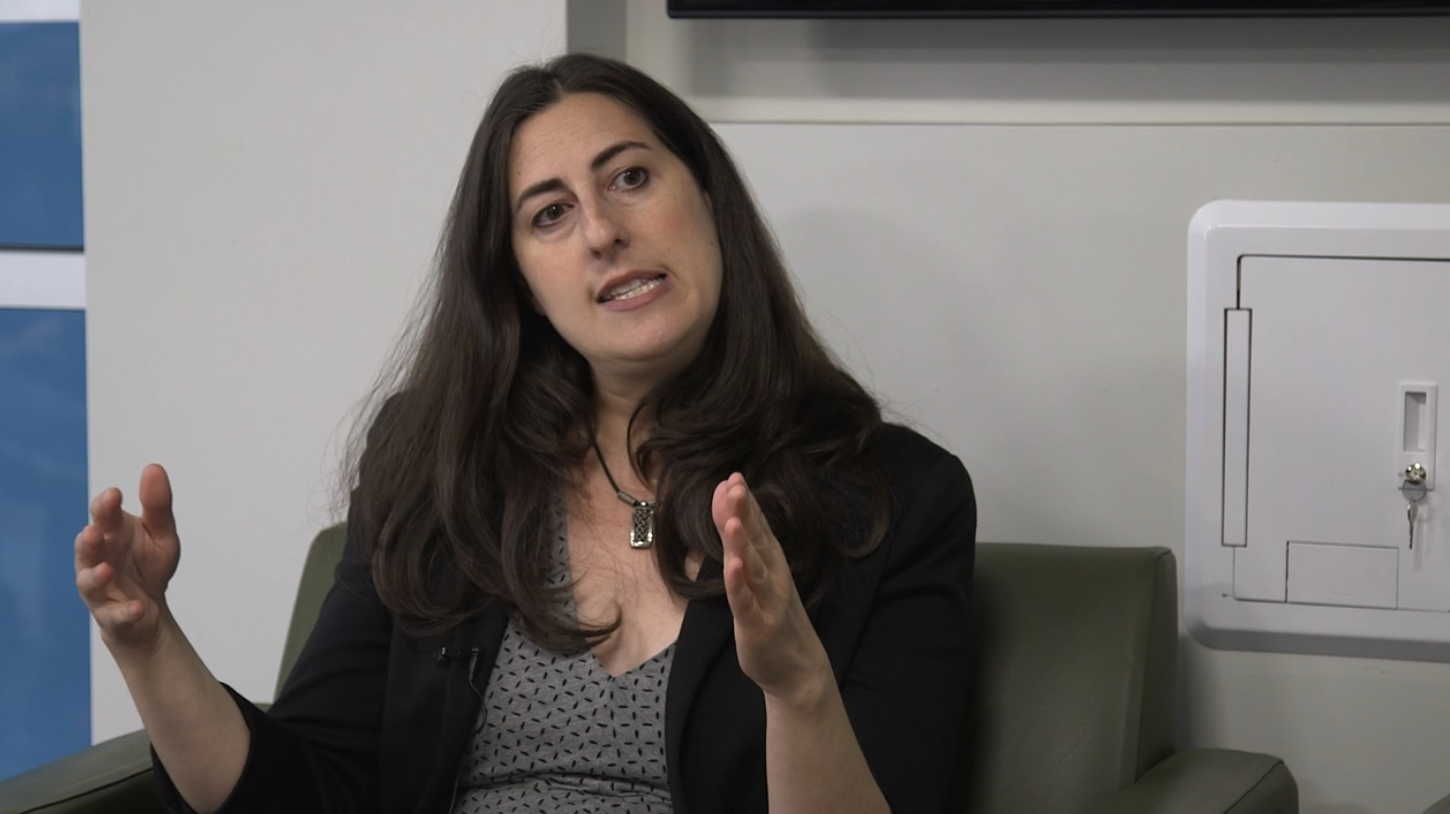 Last month, Hilary Krieger, Washington editor for FiveThirtyEight, spoke with students at Northeastern’s School of Journalism about the challenge of covering the Trump administration and how her organization hopes to pull back the curtain by challenging narratives, leveraging data analysis and with good, old-fashioned shoe-leather reporting.

The Trump administration is clearly not the same as past ones, so how do we cover that?
9:41

I think that we really do a disservice to the broader structure of American politics, government and American people if we don’t keep in perspective what we’re seeing and putting it in that context. So I think the best thing to do is to continue to cover Trump as people have continued to cover the presidencies, and just redouble the rigor, the questioning, the challenging both of what power centers are doing but also from the perspectives of where reporters are coming from and where editors are coming from — making sure that there’s different perspectives and different voices and different ways of looking at information, and going beyond what’s going to be the top line spin or the top headline. I think that gives us the best chance at providing people with insight and information and depth about what we’re seeing unfold.

Has anyone ever come back and say that because of a 538 story, their mind has been changed about an issue?
24:40

I do feel that people who are engaging with our content are often doing it from a pretty open and sort of thoughtful place. … We get people that know that it’s very important to us that we don’t have a story and that find evidence that fits that story. We have a topic, we get the evidence, and then from that we figure out, ‘What’s the analysis about what this evidence is telling us?’ and that means we can go in lots of different directions. We’re not going to have a partisan line but also a lot of what we’re doing is challenging certain conventions in the media. So I think that that does draw at least some readers who want to be challenged that way.

I think there was an assumption that the press corp had that Hilary Clinton was going to win. That shaped the way the data was looked at, because first of all, you can make a lot of different choices when you look at data. And you still as a human can conform that to overviews and broad ideas that you have, and I think that there was a lack of imagination about how the race could play out. … I think that a lot of people didn’t really think about the possibility that Trump could win, and therefore that shaped a lot of coverage in a way that meant that you were less likely to get exposed to the perspective that said he could win.

You said the election was a result of people misconstruing data. Does this happen often?
29:13

A major problem, not just in data journalism but academics or any place where you might think because you have data, [is] you have this illusion of truth. Really what you have is more information to apply to a very unclear, nuanced situation. … I think that can often lead you even more quickly down a path of thinking, ‘Oh, this is what’s happening,’ because it’s scientific, and numbers, and we’ve tested it. But it’s true in journalism at large that there are narratives that develop … and it’s so important to always be challenging that with yourself and with other people and the first thing is to recognize when you’re doing that. I think one thing that helps with data journalism, at least at 538, [is] approaching things as building a thesis around information and what it’s telling us.

How big of a deal is it that the administration is taking down data that’s out there?
1:05:00

This is a very, very big problem. … So much of what happens in terms of information that the press doesn’t have access to, and therefore the public, is by convention. There are a couple laws about FOIA and things like that but really, most people have decided that either because of democratic virtue or because of political expediency or whatever reason, that the system’s going to work by providing some level of information and access to the media and public. … Well, somebody comes in and says ‘No, that assumption’s wrong, we’re going to change that.’ If you’re too used to that assumption, you’re not prepared to figure out how to combat that.

For me, one thing that really concerns me, and that has to do with the ‘what’s next’ piece of it is that all governments like to control information. No government likes the media asking tough questions. … So once that precedent gets made, the person who comes along next tends to just go more against it. It’s scary partly because there aren’t necessarily great options.

Do you think data journalism needs to play a bigger role in educating the public and how to digest information but also have the tools to be critical thinkers?
1:11:35

Absolutely. Part of what we do at 538 and want to do more of is pull back the curtain, and talk about how you put together methodologies and where methodologies go wrong, and how you create models and things like that. I absolutely think that’s a really important role for data journalism to play. A lot of journalism is giving people information so they can have understanding about something that’s big and powerful and complicated that they wouldn’t have any understanding of without, and data is one of the new forces in our society. It’s a power structure that’s emerging and is going to be used by people in power, by governments and academics and business. So absolutely it’s very important we’re giving citizens ways in which they can be thinking about and understanding and engaging and challenging and asking questions about what this stuff is, how it works, what it means and how to interpret what they come across.

Thanks to Jasmine Wu and Zach Ben-Amots for transcription and video production help.