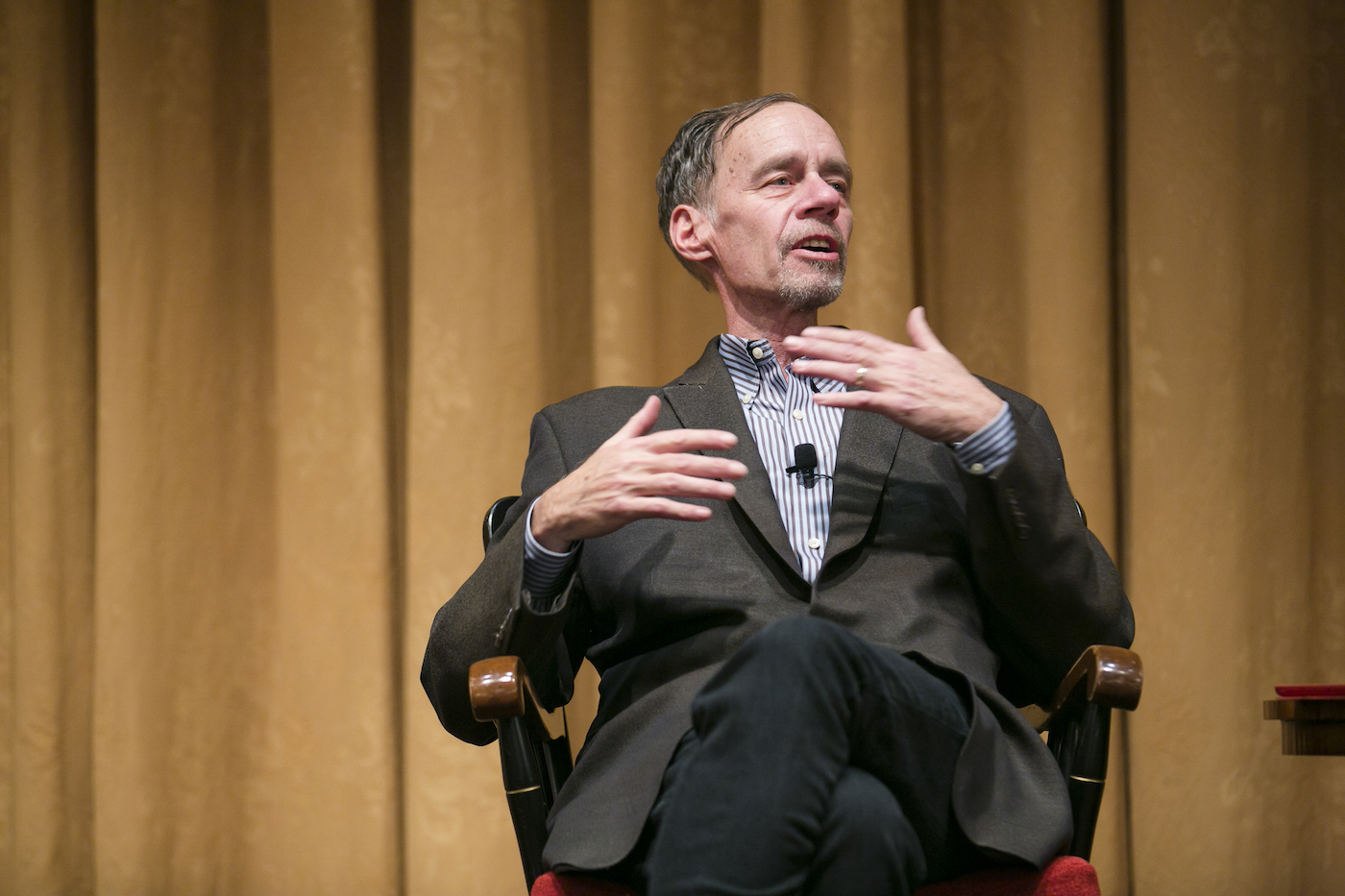 Those who do, also teach: David Carr’s gift to journalism schools

David Carr had already conquered the entwined worlds of Big Media, Hollywood, and Silicon Valley by the time he taught his first course. And yet, argues Molly Wright Steenson, his single syllabus points a way forward for how educators should approach the teaching of journalism.

I’ve encountered David Carr’s work throughout my life. Like me, he grew up in Minneapolis, and when I was an undergraduate music writer, I looked up to his work on the Twin Cities Reader. I never met him. But it was a more recent side of David Carr that caught me: that of a teacher. After a long and bending career working in digital media, I’m back at my alma mater, the University of Wisconsin-Madison, where I am a professor in the School of Journalism & Mass Communication and I teach about contemporary digital media.

When I developed my seminar last semester, I developed the syllabus in a similar manner to Carr’s Press Play syllabus, which he made for a class at Boston University, and it provided the whole class a different map to follow. It felt more like we produced a cohesive body of work on the impact of the digital on the world that we inhabit, not just a series of class assignments to be forgotten when the semester ended. And maybe this is the kind of thing that we get in a world where we have David Carr: that professors become better guides and storytellers, that students gain sharper edges, and we all build a better media world.

I wrote about Carr’s syllabus recently for PBS MediaShift:

It was the final stretch before the new semester, the week when I shuffle course materials into digital and paper readers. It was also the week in which I launch my course blogs. That day, a tweet from Steven Levy caught my eye.

Epic indeed. David Carr is a media reporter at the New York Times and now was also teaching at Boston University, using Medium for his syllabus. Medium describes itself as a “networked publishing” company. Part blog platform, part content and publication hub, it combines simplified writing tools with good typography and design, and an easy ability to add images and video. The images and videos that unfurled as I scrolled through David Carr’s text gave the feeling he was leading a journey, not just teaching a class  —  and for as clichéd as that may sound, it’s true. He told the syllabus as a story. And how many syllabi do that?

Carr taught his students how to have a sharp, critical lens on the media. He wanted them to get close to it, to engage with it. He wanted to tell it as a story. But as a journalist, he opened other people up to that journey. He approached media criticism as a journey that we could see as human, as real, as angry and beautiful. As a professor who strives to get her students to develop a critical lens on digital media, I want my students to have a teacher like Carr.

This course, Press Play, aspires to be a place where you make things. Good things. Smart things. Cool things. And then share those things with other people. The idea of Press Play is that after we make things we are happy with, that we push a button and unleash it on the world. Much of it will be text, but if you want to make magic with a camera, your phone, or with a digital recorder, knock yourself out. But it will all be displayed and edited on Medium because there will be a strong emphasis on working with others in this course, and Medium is collaborative.

While writing, shooting, and editing are often solitary activities, great work emerges in the spaces between people. We will be working in groups with peer and teacher edits. There will be a number of smaller assignments, but the goal is that you will leave here with a single piece of work that reflects your capabilities as a maker of media.But remember, evaluations will be based not just on your efforts, but on your ability to bring excellence out of the people around you.

Molly Wright Steenson is an assistant professor in the School of Journalism & Mass Communication at the University of Wisconsin-Madison. Previously, she was a professor at the Interaction Design Institute Ivrea in Ivrea, Italy, and an adjunct professor at Art Center College of Design in the Media Design Practices master’s program. Since 1994, she also has worked professionally with prominent web, technology and interactive design firms. She holds a PhD and MA in architecture from Princeton University (2014), a Master’s of Environmental Design from Yale University School of Architecture (2007), and, since 2010, she has been a visiting researcher with the HUMLab at Umeå University in Sweden. She is writing a book titled ‘Architectures of Interactivity’ about the history of interactivity.